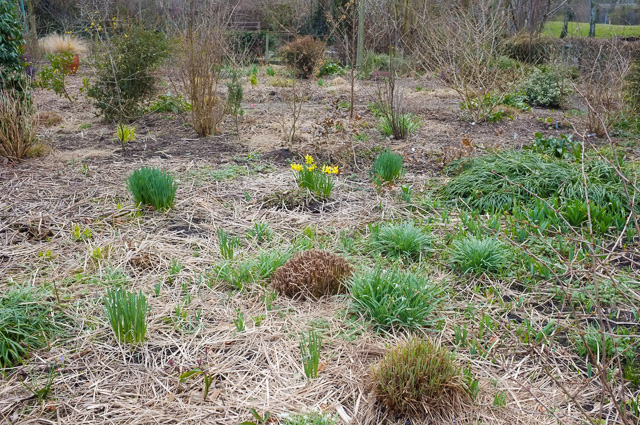 Not everyone would want their garden looking like mine does at this moment. However, what I see is a clean slate; the garden’s perennials have all been broken into small pieces and dropped on the ground where they will rot down over the coming year. 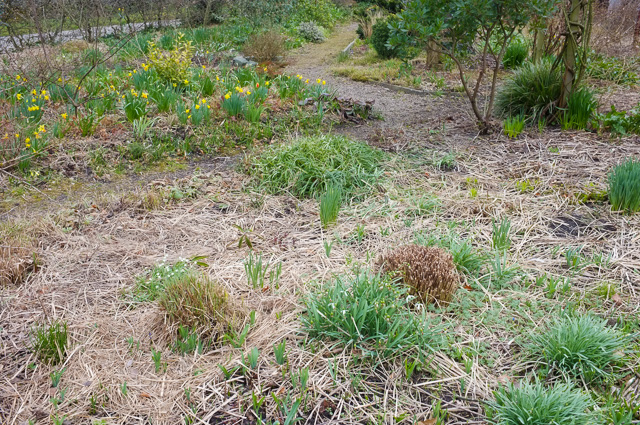 After the winter the dead perennial’s stems are brittle and easily broken into small pieces by hand; only a few really tough ones need me to use secateurs. The long grasses I chop into short pieces apart from the really tough ones which I line out lengthwise under hedges where they take a few years to fully rot down.

What looks like a mess at this time will quickly disappear under the foliage of the newly emerging perennials and it will rot down in the course of the growing season to feed the plants. 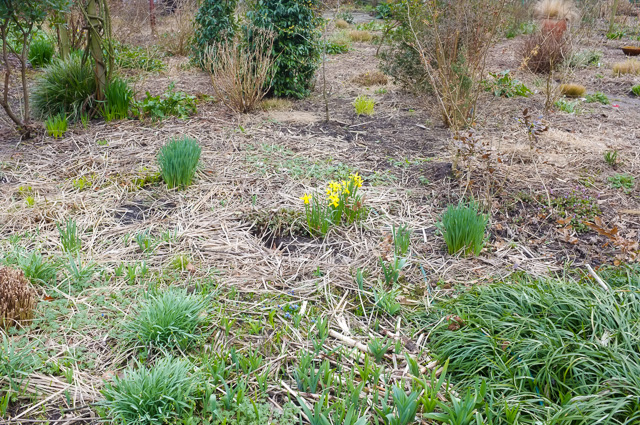 The time I save in not carrying everything I remove to a compost heap, that I later must bring back to spread onto the ground is enormous. It might not look very tidy for a few weeks in early spring, but for me it represents the beginning of the new year’s gardening season.

Interestingly my attitude to this technique is in part influenced by the fact that these trial gardens are not where I live and as such they are not something I look at every day of winter. If this was my back yard I would probably attack the chaos earlier in late winter and introduce more structural planting to offer winter interest to the planting; here it is not necessary. 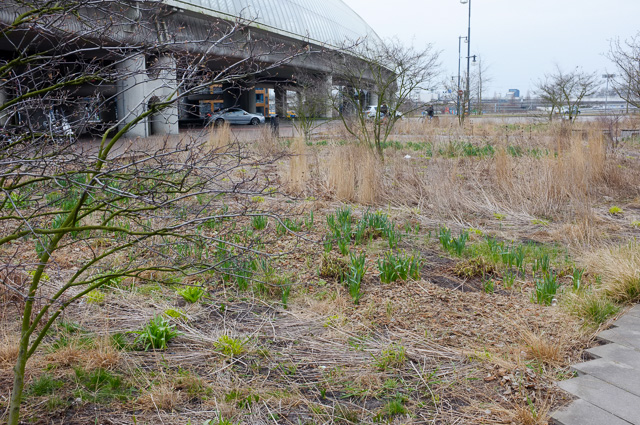 Cycling across town to these gardens I pass a public space in which a good example of mixed perennial meadow planting has been created. In season it is dramatic and highly effective and in winter the plant’s silhouettes are attractive. However, the city council has yet to find time to tidy it up and what currently is to see there is very ugly. Although perennial meadows can be effective in public spaces and offer significant savings in maintenance cost, their maintenance needs to be timely and rigorous. 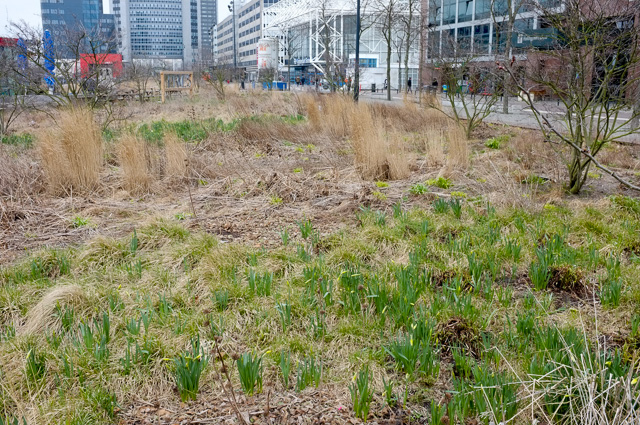 As it currently appears this bold planting is a poor advertisement for what is a very good model for public green space planting. In a few weeks time it will again be something the passing public will appreciate, but it should have been tidied using my snap and drop technique many weeks ago. 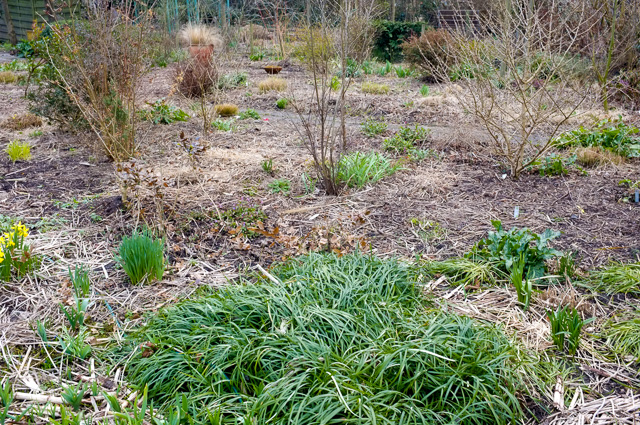 Spring is late in Amsterdam this year. Only three weeks ago we were skating on the canals in the centre of the city. Once the bulbs come into bloom and the shrubs blossom the scruffy ground cover will soon be forgotten.

2 thoughts on “Would you want this in your garden?”