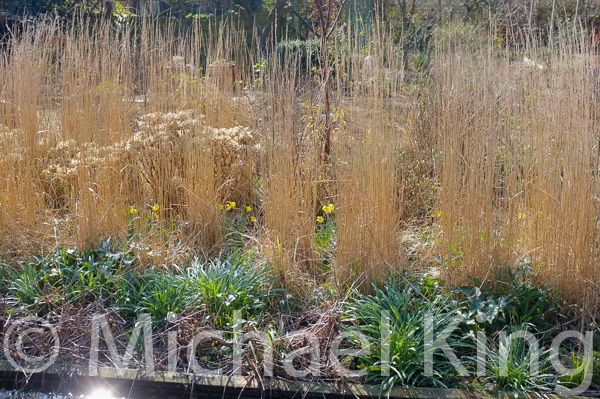 This was my garden ten days ago wearing its late winter clothes of dead grass “stems” and perennials with their seed heads. Normally I try and tidy the garden in late winter (February) as it catches precotious cool-season grasses and other perennials before they starts growing. Such an early start is also important as it allows me to walk over the borders without standing on emerging spring-flowering bulbs. This year’s cool wet winter made entering the borders, so early, impossible , however, the perennials are slow to start growing as a result, so no harm has been done. 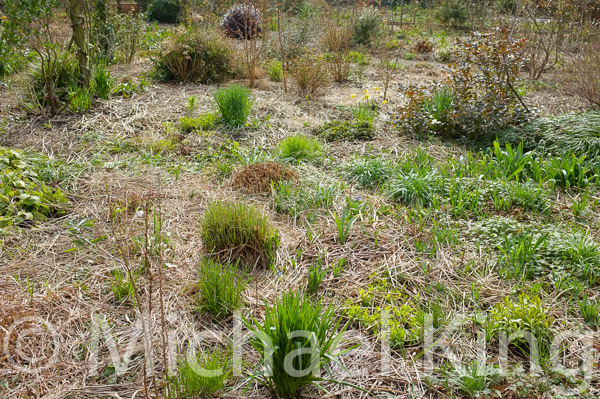 I try to avoid carrying all the bulky dead stems to the compost heap. Instead I break the stems with my hands into short sticks and allow them to fall to the ground around the crowns of the plants. Just a few plants have tough stems and need cutting into pieces with secateurs. The long tough stems of mischanthus grasses I line out under the garden’s boundary hedges. All of this dead material decomposes naturally, nourishing the plants and inhibiting weeds. 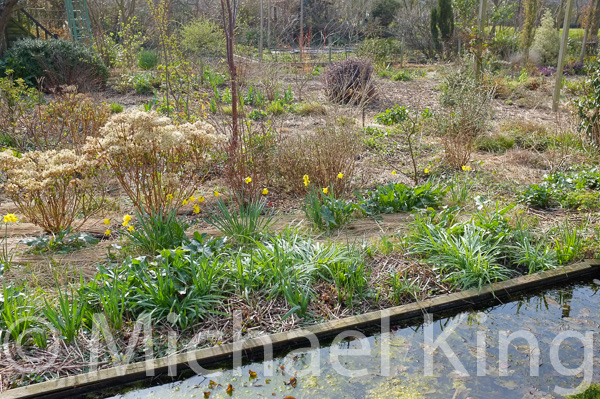 Some might find the result of my efforts untidy, but within a few short weeks all of the debris is hidden under the emerging foliage of the densely planted perennials in this meadow garden. 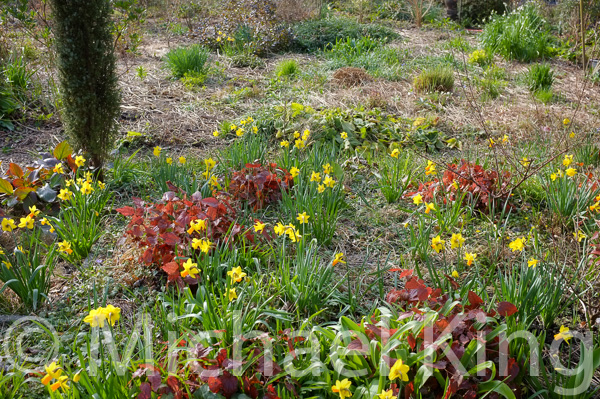 Bulbs are the saviours of the season in the perennial meadow garden especially daffodils in this early period. Dotted here and there around the garden they make pleasant incidents, but by concentrating some in one border a more eye-holding display can play an important role in the overall appearance of the garden space.