September is possibly the most exciting time to view a naturalistic planting scheme and where better than Piet and Anja Oudolf’s private garden in the Netherlands. 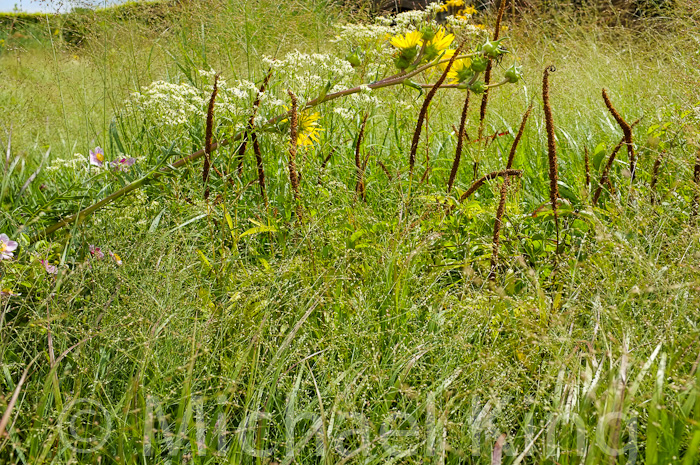 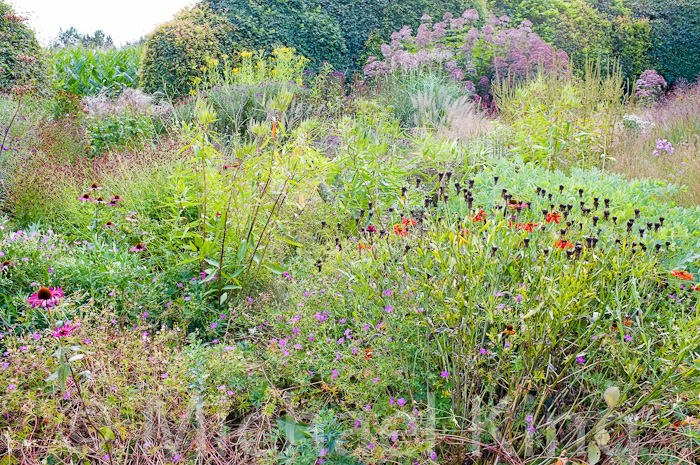 In the space formerly occupied by the nursery a new office building is surrounded by an extensive perennial meadow. This new addition to their private gardens has an open relaxed mood even though it is tightly contained within the surrounding buildings and hedges. 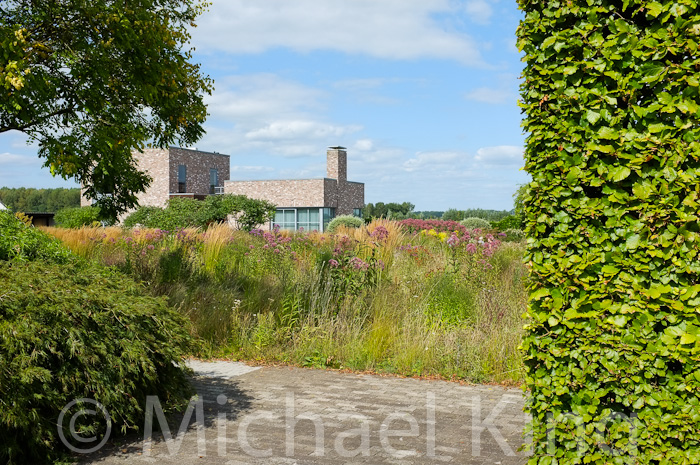 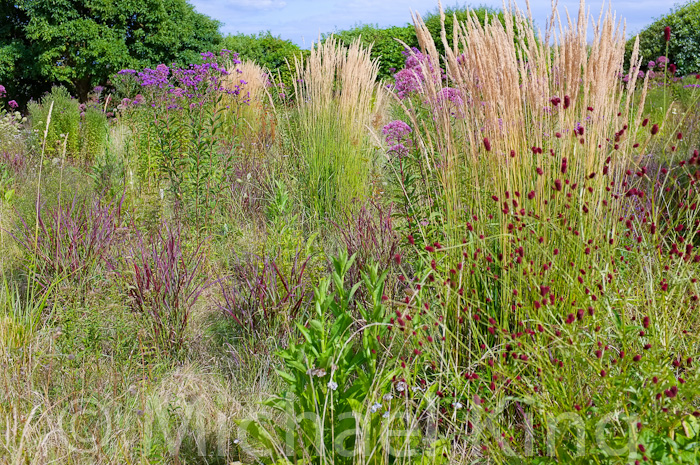 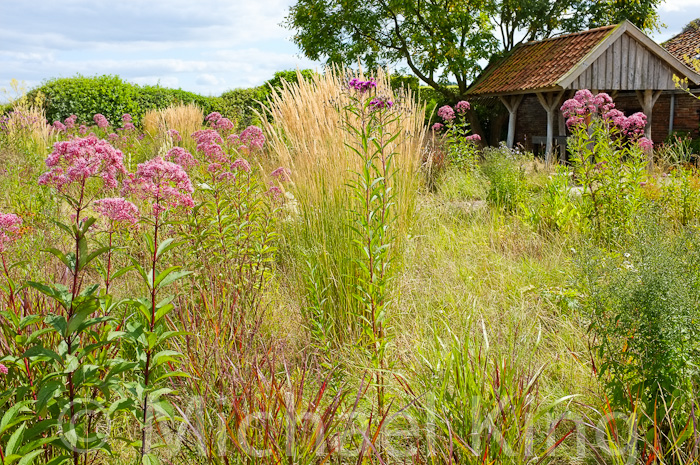 The main garden at the front of the house is familiar to many. The original grass border is still the same and even though I have been photographing it for nearly 20 years it still manages to draw my attention. I suppose it is an example of something that if it works don’t change it. 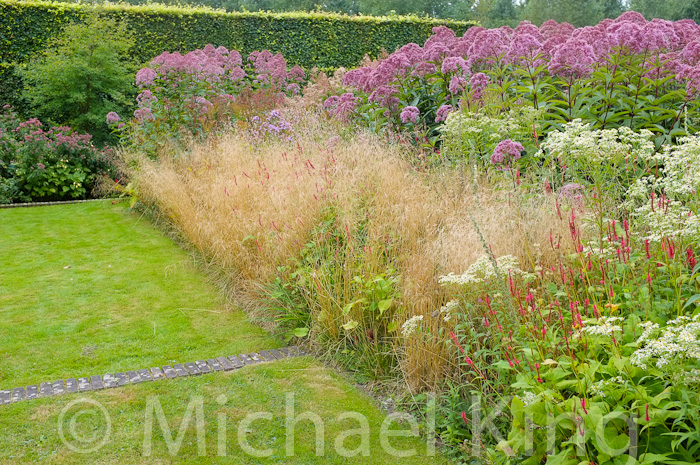 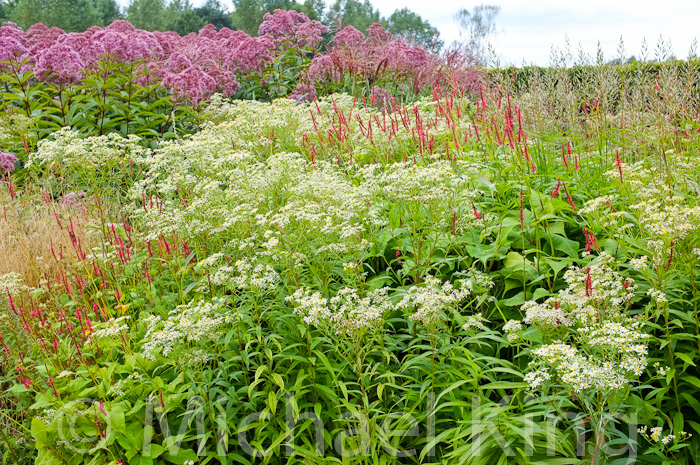 Deeper into the front garden a series of interlocking paths lead one through the planting. This is one of the underlying principles of perennial meadows and the naturalistic style of contemporary garden design. 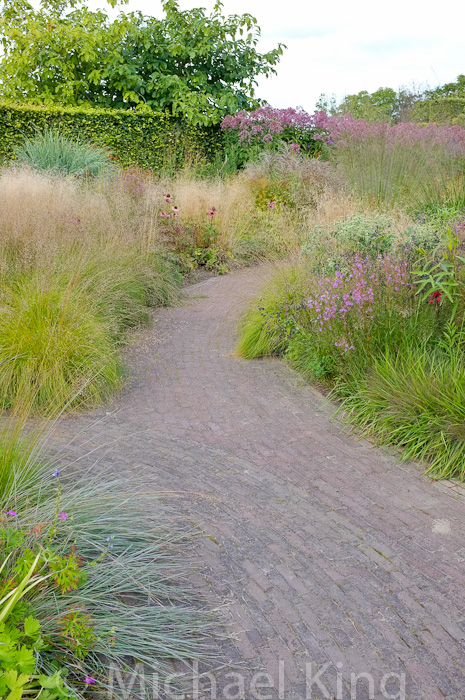 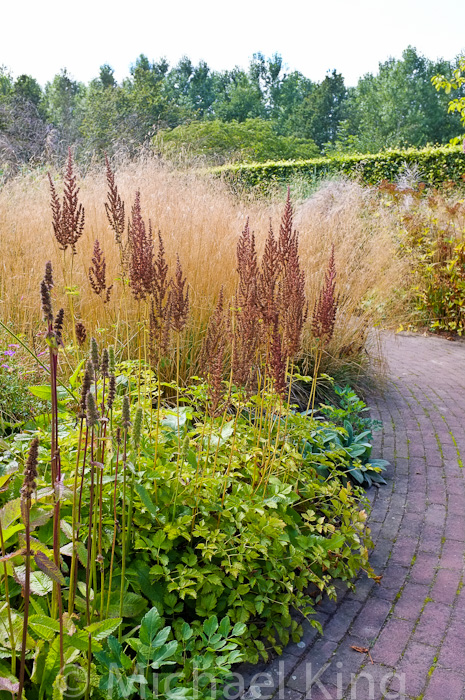 There is no lawn here, just plants in profusion. Chaos abounds, but the longer you look the more you see and the more one becomes drawn into the surrounding subtleties and complexity: its a photographer’s dream. 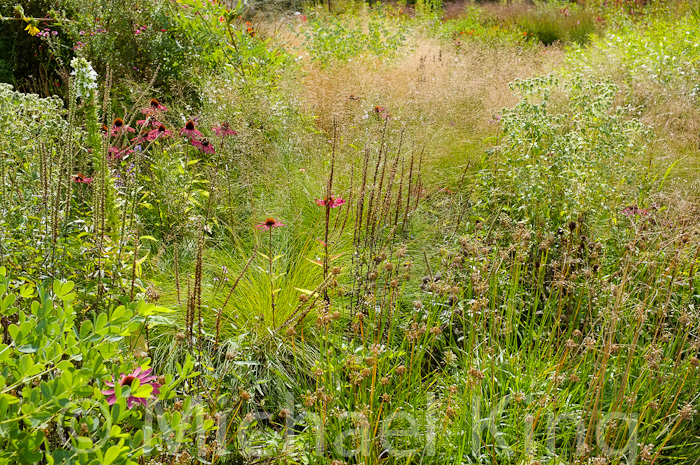 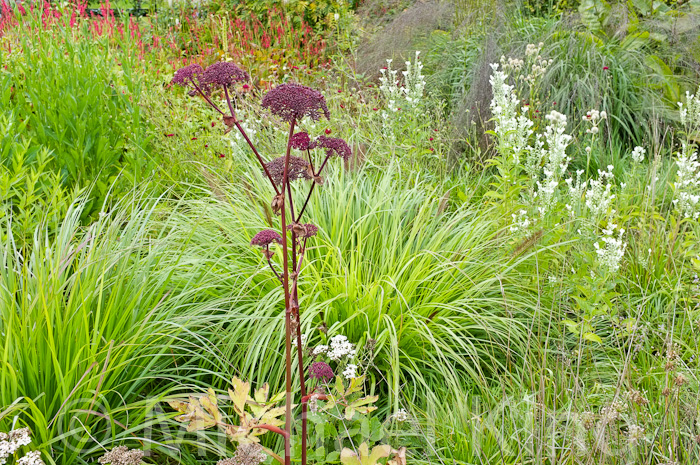 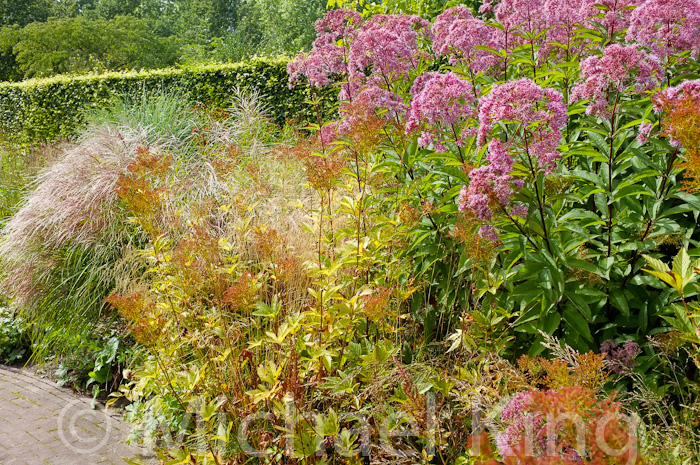 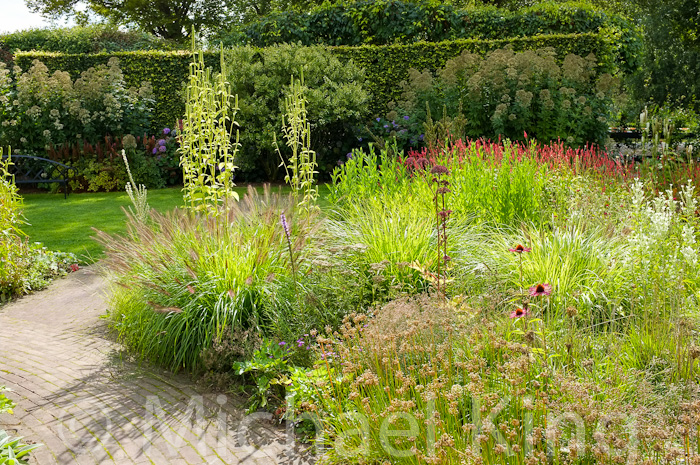 I probably know and understand Piet Oudolf’s planting style better than anyone, but still I am fascinated by it and always seem to come away with yet another set of memorable photographs to use in my writings. 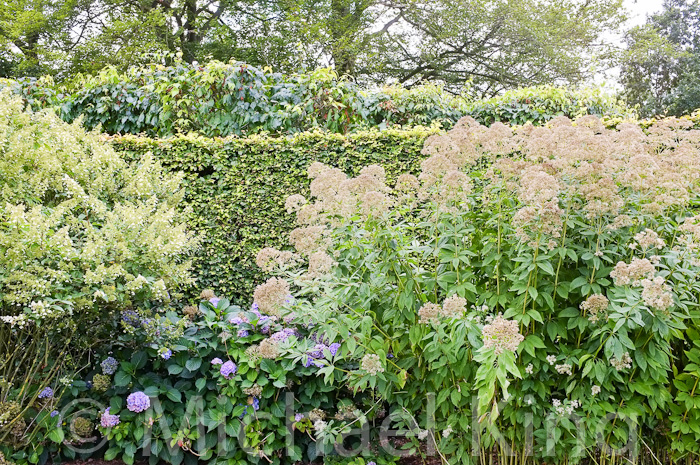 The end of the garden was closed by arching yew hedges that have been featured in innumerable magazine articles and gardening books over many years. Flooding killed them and so now we have a new full stop of majestic planting to close the view that is more able to cope with ambient growing conditions. And, for once, there is a bench in an Oudolf garden to rest and take in the view. Piet Oudolf never sits down in his gardens and doesn’t seem to realise that other need to; perhaps the bench was his wife’s idea. 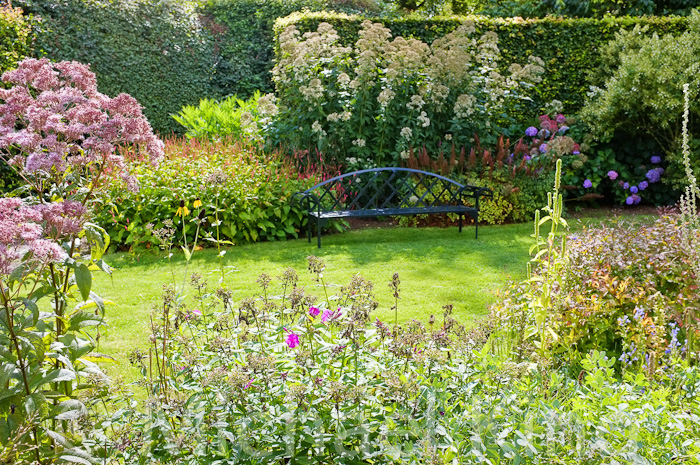