Floriade is the international horticultural exhibition held every ten years in the Netherlands. I am fortunate to have been able to visit the past three. In 1992 at Zoetermeer I recall being impressed and still remember some of the garden designs and planting schemes there. Unfortunately, ten years later at Haarlemmermeer, near to my home in Amsterdam, the exhibition was a huge failure. The overall design was poor, the planting throughout the exhibition was weak and ineffective and the site became abandoned after the show finished. 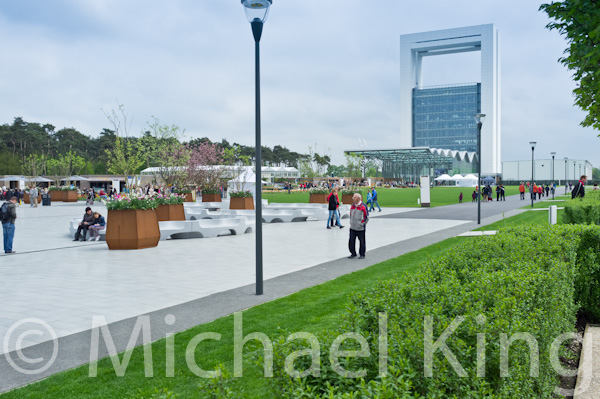 It was with trepidation, therefore, that I paid my first visit this week to Floriade 2012, being held in Venlo, in  the south of the Netherlands. Having learnt from the mistakes last time around the site is already clearly planned to be integrated into the city. Already an impressive new office building marks the entrance to the site which will eventually be developed to include a mix of living and working opportunities. 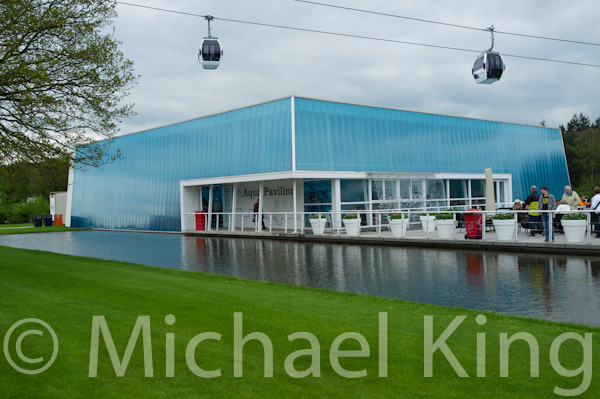 Various buildings both permanent and temporary are to be found throughout the exhibition site. For the duration of the exhibition, a cable car is available to take you to the farthest part of the terrain. On arrival I made my way to the nearby station and had the opportunity to gain a bird’s eye view before weaving my way back to the central plaza.  In all, it took me about five hours to stroll through the site, but I only managed to pop into a few of the many pavilions; to have seen everything in the Villa Flora with its exhibition of indoor plants would have take half a day on its own! 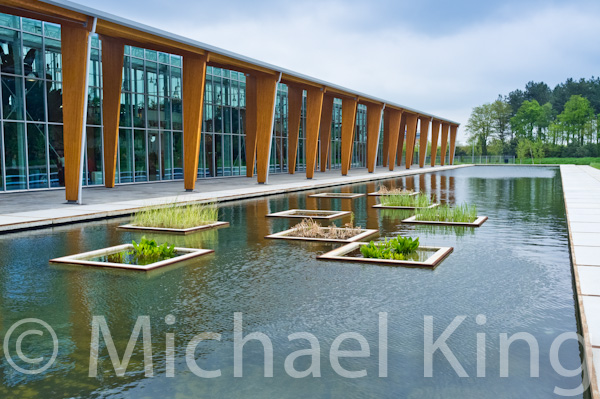 April and May is tulip time and I was not disappointed. Some of the displays were over the top, but this is an exhibition and their gaiety seemed quite appropriate. 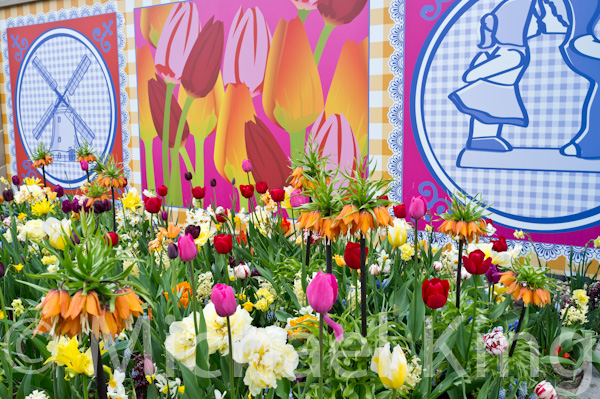 There were, however, some quite tasteful, well developed bulb schemes on show as well. 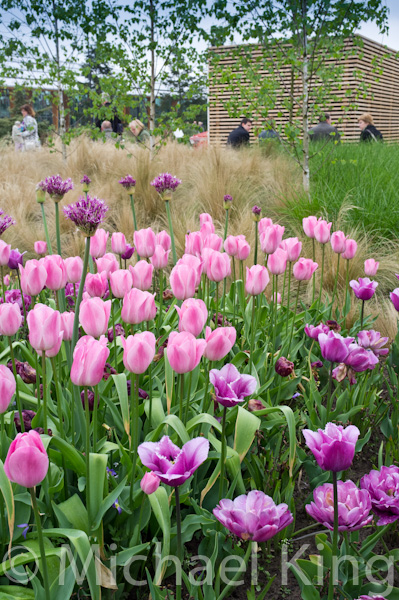 A major display near to the lake had been designed by Jacqueline van der Kloet. Three strips in different colour themes were extravagant in their scale and the number of plants used. They were very much in the Victorian tradition of carpet bedding and were clearly intended to impress. 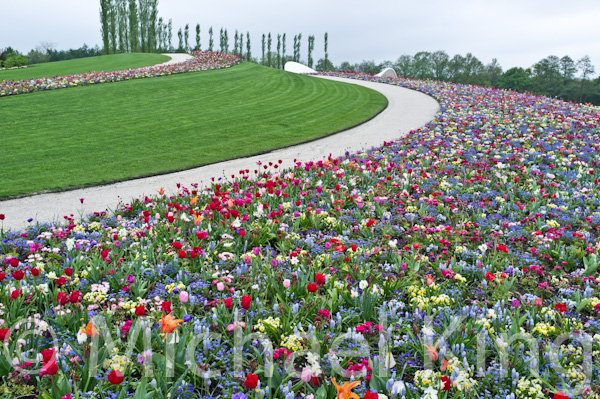 Apparently the designer’s aim was to create the effect of confetti sprinkled across the slope and to this extent they succeeded. 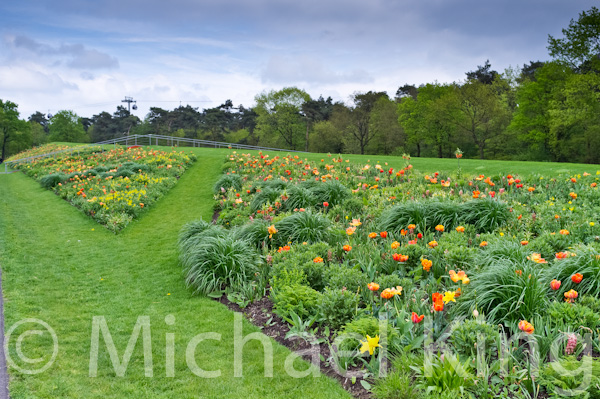 By far the most interesting use of tulips on the site was in a series of large perennial borders in one of the more distant themed areas of the exhibition (Education and Innovation). These borders seem to be applying my own principles for perennial meadows. On a very large scale, the perennials were repeated in irregular patterns and mixtures of tulips were dotted amongst them to function as complementary plants, giving a bold display early in the season. 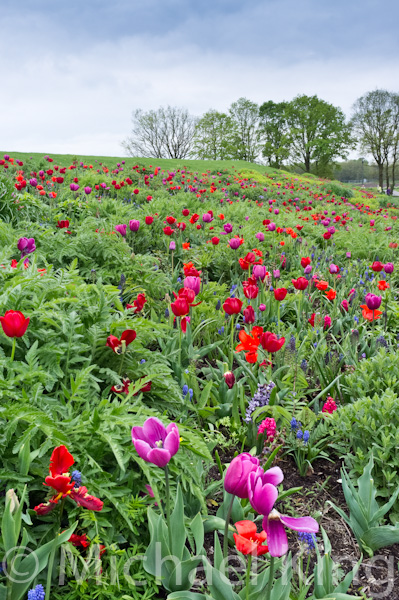 Perennials, perennial meadows and ornamental grasses were to be found throughout the exhibition site. I will be returning in summer to see how these develop, but even at this early time in the year I was impressed at what has been set out. In particular in one of the other themed areas “Relax and Heal”, wide drifts of ornamental grasses spreading out into surrounding woodland are likely to impart a soothing, all embracing atmosphere as they fill out and come into flower. I was interested to note drifts of grasses being interplanted with rivers of heathers which is an idea that has never suggested itself to me. 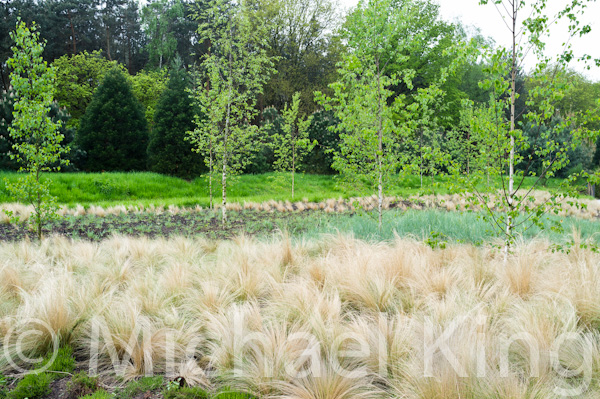 As with any international exhibition there are numerous national pavilions and as ever they are a mixed bunch. Some would have been better staying at home, but the two that stood out above all were China and Belgium. 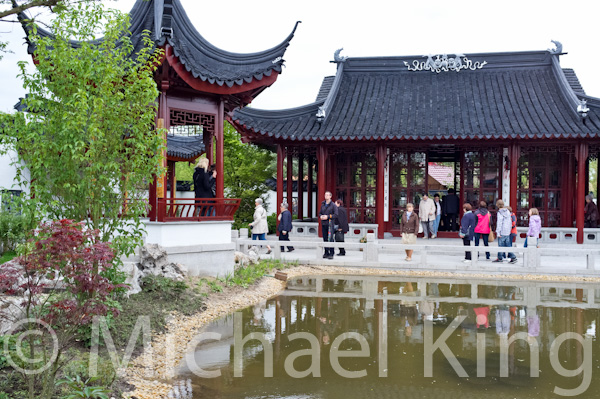 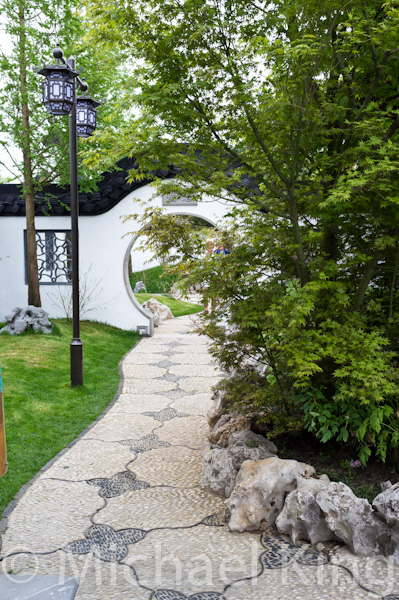 China is a huge, beautifully detailed example of a traditional garden. Without doubt the best example I have ever seen outside of the country. 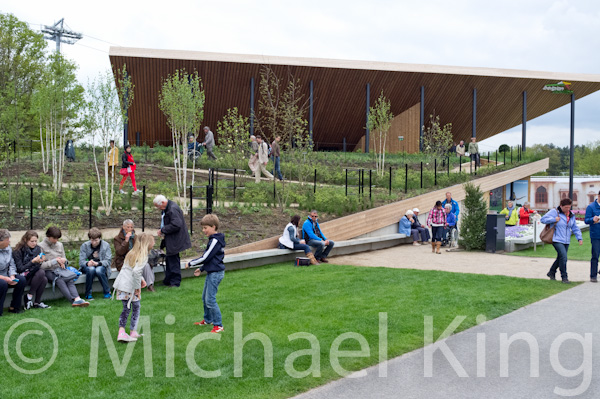 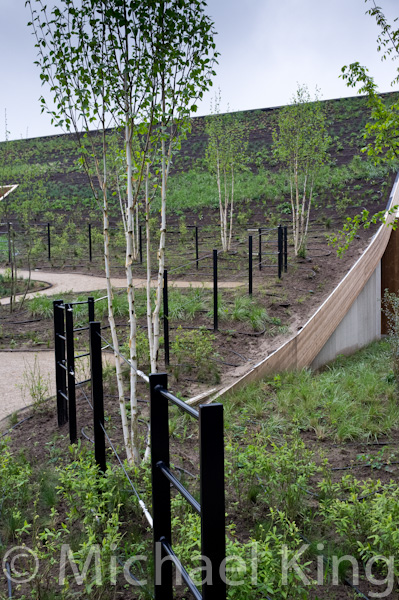 Belgium’s pavilion in comparison to China’s is ultra modern . The building rises out of a steeply sloping terrain which travels up to cover its roof. The planting, including many grasses, was arranged in bands and patterns. It was newly planted and will not really look at its best until later this summer, but the integrated irrigation system should guarantee its success.

The biggest disappointment in the exhibition was the line of 15 office gardens lining the main plaza area. This had promised to be a highlight, but most of them were uninteresting. All are accompanied by explanations of the sophisticated ideas underlying their designs, but few were worth more than a quick glance. Perhaps office workers don’t need anything more than a green space to relax in. The two that stood out from the crowd, just like with the international pavilions, were one that was very modern and the other a modern interpretation of a traditional Japanees tea garden. 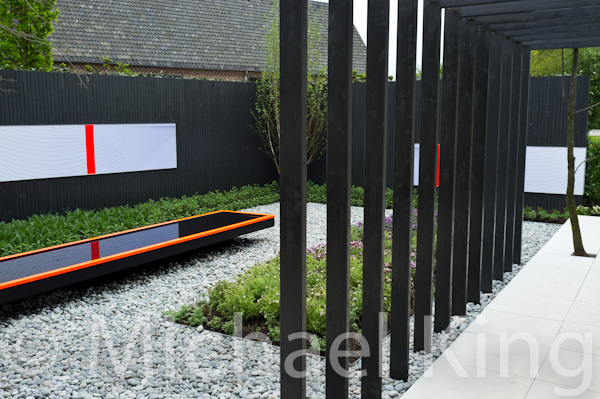 The Stichting Tuinpromotie Nederland garden was a highly designed architectural space, intellectual in concept and refined in its detailing.

The Kawaguchi City garden was possibly too complex and would require too much work to maintain perfectly for an office garden, but it was exquisite in its detail. It attempted to contrast traditional Japanese garden traditions with modern design concepts. It uses an intriguing mixture of unusual trees, shrubs and perennials to fill the space. For some reason I was so taken with the planting that I forgot to take any pictures – sorry. 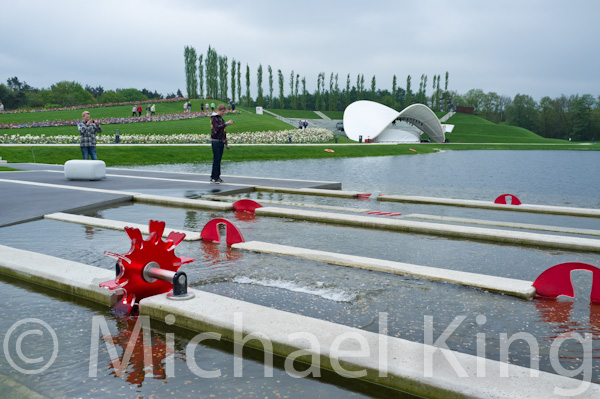 So my first look at Floriade 2012 was highly enjoyable. I will return in mid June when the  tulips will have been replaced with summer bedding and the perennial plantings will have  come on stream.

The exhibition runs until 7 October and is likely be busy especially once the word gets out that this is really worth seeing this time around; already visitor numbers are well above expectations. 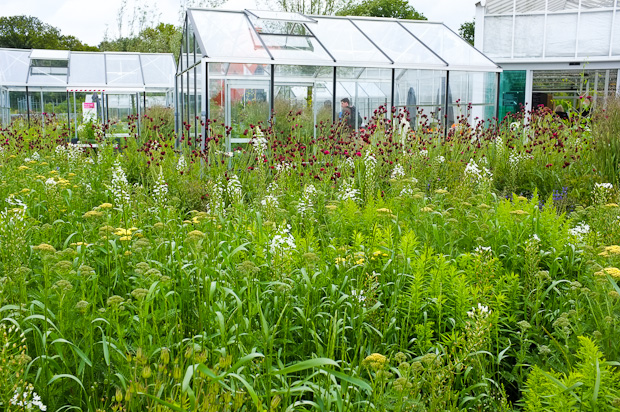