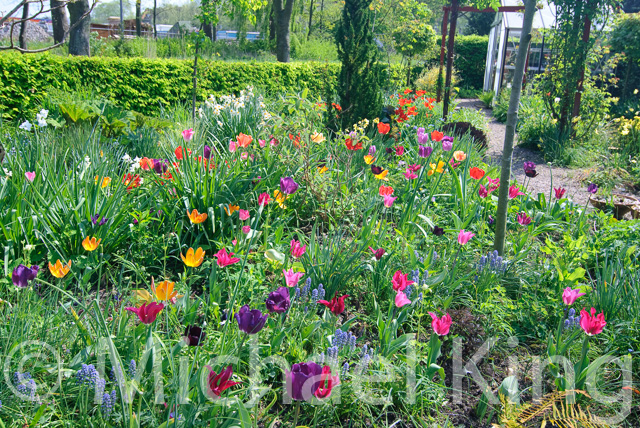 As you can see bulbs, and in particular tulips, are amongst my favourite flowers. However, six years ago I hit a big problem; mice and voles started eating the bulbs – every single one of them. In that year I had carefully planted over eight hundred tulip bulbs individually amongst the garden’s perennials! 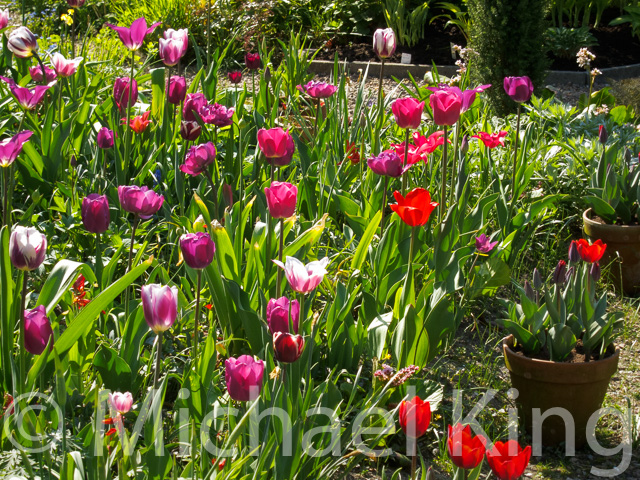 I resorted to growing tulips in pots as the daffodils were being left alone. Each year I tried a few in the ground and most were eaten but sometimes a few were left alone – why?

A Dutch bulb grower offered two solutions to the problem: poison or interplanting with Fritillaria imperialis – Crown Imperials; apparently their smell is repugnant to rodents as much as it is to humans. Last year I tried this and it seemed to have worked, but the jury is still out as I explained in an earlier post on red tulips. 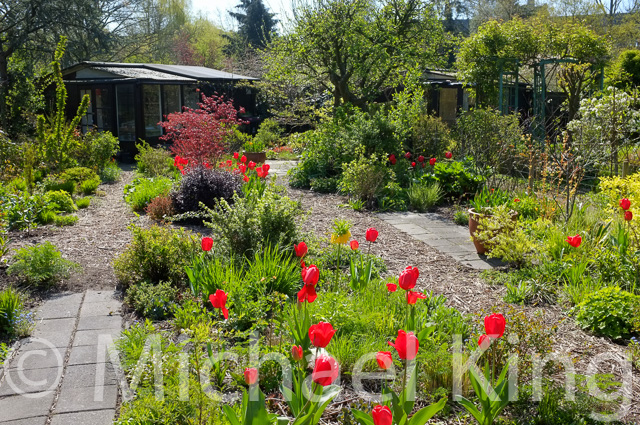 Crown Imperial bulbs are large and expensive and also difficult to grow well in my heavy clay soil. I can improve the soil when planting and will definitely add some more to the flower borders this autumn, but I am also going to try something else which may just prove to be more effective. 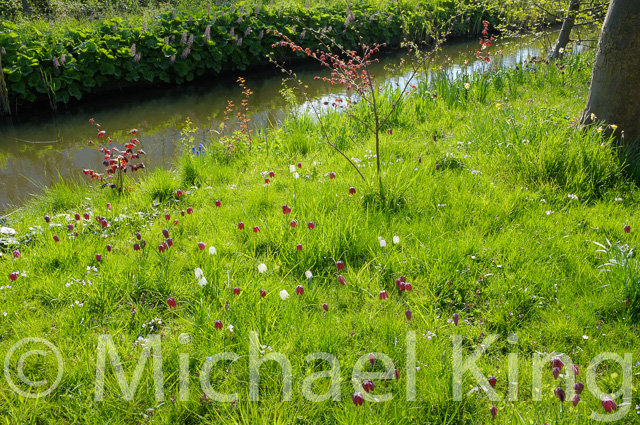 Fritillaria meleagris colonises damp soil sites by self seeding; its nodding flowers are charming, but more importantly its bulbs also smell and are very cheap to buy. My plan is to drop one into each and every hole I dig to plant my tulips. In theory this should be more effective in deterring the rodents than the occasional Crown Imperial placed one in every square meter or so. The nice thing is that, if it works, this easily grown fritillaria will seed around making the garden less and less attractive to mice and voles over the coming years. 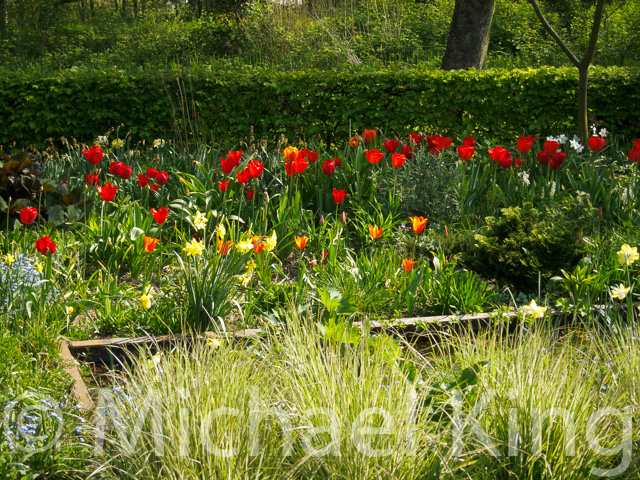 Finally I placed my bulb order in spite of having planned to do it early this year, but fortunately they still had stock of everything I wanted. Next spring orange will be the theme featuring the sophistication of the Fosteriana Group tulip ‘Orange Emperor’ and the vibrant Triumph ‘Prins Willem-Alexander.

“Will it work?”, time will only tell.