They are early this year, but Tulipa sprengeri are flowering in the garden and this marks the end of the tulip flowering season.

There is no better time to plan your bulb order than now whilst the memories of the past season’s bulb displays are fresh in your mind. In my earlier post I showed how well the red tulips had worked dotted amongst my masses of emerging perennials. Most of these red tulips were Darwinhybrid Group tulips which are amongst the most likely to return of the many  types that we can grow. In these borders I plan to add more of the reds as well as some glowing orange tulips to extend next year’s display. 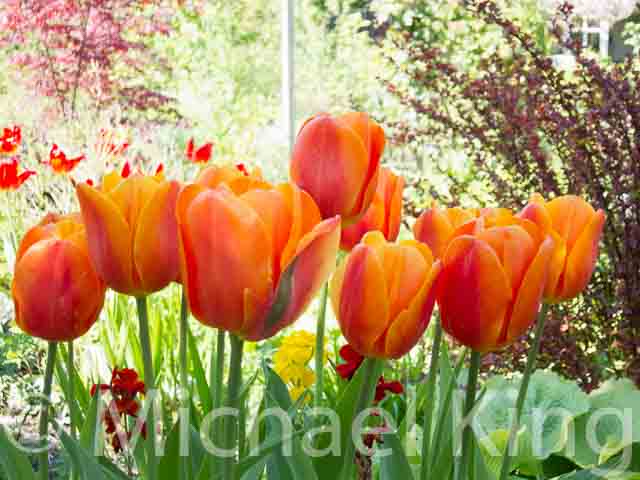 Repetition and large numbers of the same varieties and colours are the way to create the most impact with your tulips. Never buy less than thirty of anything; I mostly order a hundred of each variety and limit the selection to five or six varieties. Each when flowering will have a vivid impact  and, if well selected, their season will be long with early, mid-season as well as late varieties flowering in sequence. 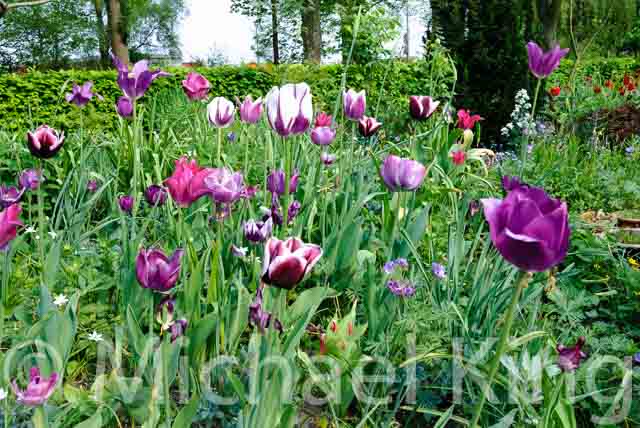 You need not limit yourself to a single colour. The central area of my garden will be red and orange next year, but I have one border in which over the years I have played with different mixtures of violet, purple and lilac flowering cultivars. In another small border I use mainly pink varieties with just a few darker coloured cultivars such as mid-season flowering Tulip ‘Jan Reus’ and the later flowering Tulip ‘Queen of Night’ for touches of contrast. 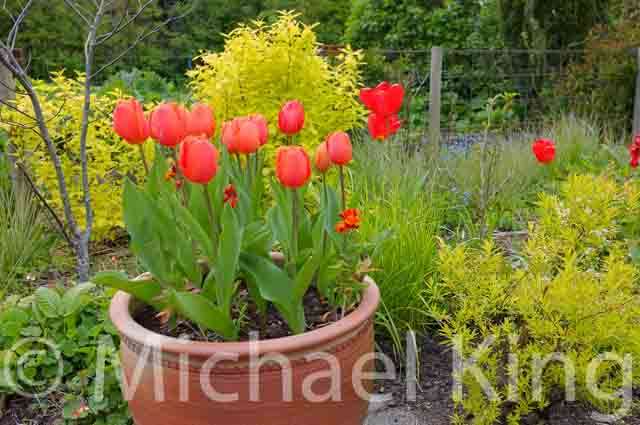 Tulips look fantastic in pots, but these are best when used as focal points within the garden’s planting schemes. When they are dotted amongst other plants in wide drifts they have greater impact in a far less formal manner. 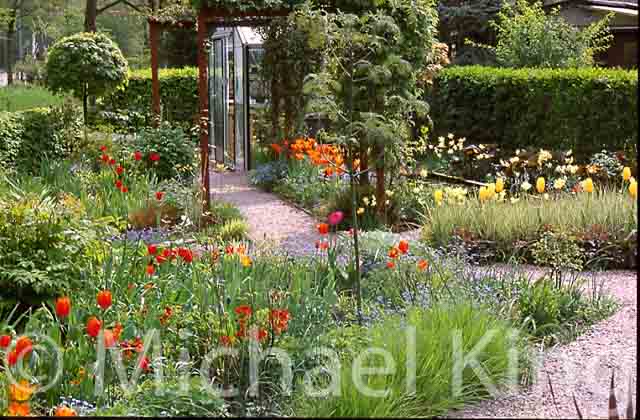 If you are interested in getting the most out of tulips you should really try and get hold of a copy of my book – Gardening with Tulips by Michael King. The book is comprehensive in its coverage with an emphasis on planting design. History is summarised as a means of explaining the current assortment offered today. I cover twenty different groups of tulips each offering a specific set of features that allow us to carefully integrate them into planting schemes. The hundreds of species and cultivars illustrated and discussed in the book are only just the tip of what is available to adventurous gardeners.

Plan your tulip order this weekend and send it in as soon as the catalogues arrive. 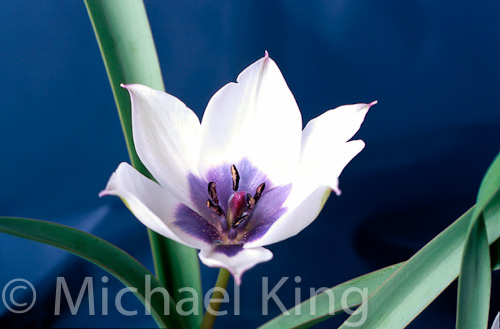 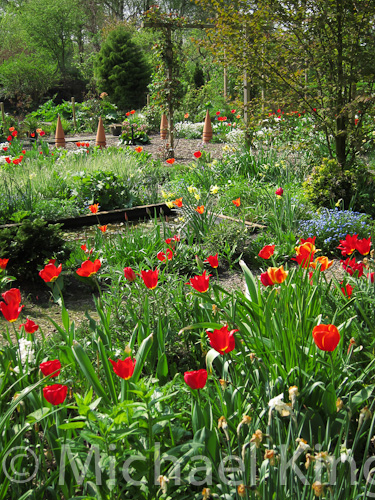