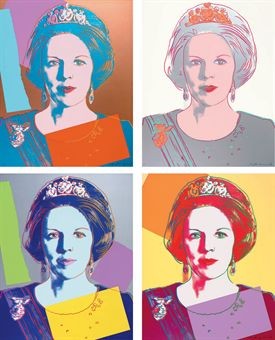 Tea time yesterday Queen Beatrix of the Netherlands spoke to the Dutch nation and announced her abdication in favour of her son . Beatrix has reigned for 33 years. The coronation of King Willem-Alexander and Queen Máxima will take place in Amsterdam on April 30, 2013.

The words Holland and Tulips are inseparable and Dutch breeders never miss the chance to name their latest finds after any newly born member of their royal family. I have never seen or heard of a “Beatrix” tulip but searching in the official register of names I find Princess Beatrix dated 1939. That must be her, she was born on 31 January 1938 and is 75 years old this week, which, apparently, is one of the reasons for her announcement. Notice the English spelling of this tulip – good marketing – but presumably this Triumph Group tulip was destined for the cut flower trade and not our gardens.

Other princesses have served us gardeners better, above all Prinses Irene and Prinses Margriet in spite of their Dutch spelling.

There was a fine orange tulip named after Beatrix’s husband ‘Prins Claus’ which I dutifully photographed in the Keukenhof gardens on more than one occasion, but, again, it was never offered for sale to gardeners. However, her son, the current crown prince, has turned out to be a real star in my garden. 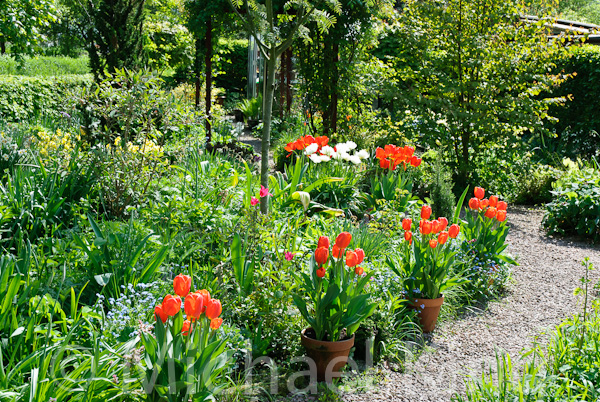 The Triumph tulip, ‘Prins Willem-Alexander’ was planted at the Keukenhof garden by the prince himself in 2003 where it first flowered the following spring. It originates from the crossing of two famous cultivars, the Single Early, ‘Prince of Austria’ (‘Prins van Oostenrijk’) and the old Breeder tulip, the Single Late Group tulip, ‘Dillenburg’. These legendary varieties are only to be seen in historic collections, but with their genes revived in the pedigree of ‘Prins Willem-Alexander’ we have one of the best orange tulips of all time with the exceptional characteristic of a strong delicious scent.

What makes ‘Prins Willem-Alexander’ such a good garden tulip is that its colour is pure radiant orange, but not garish in any way, it is only 50cm. tall which makes a sturdy, weather resistant, mid-season flowering plant, but above all else, it stays in flower for a full three weeks long.

The year I grew it in pots was following an attach from voles the previous spring which wiped out the entire display. Since then I have been spared and tulips have returned to my garden borders.

The man is due to change from a prince to a king at the end of April, but his namesake should return to our gardens for many years to come as a young, vigorous prince.