The combination of Luzula nivea and Persicaria bistorta ‘Superba’ is one of my standard planting partnerships. Luzula nivea is one of only two wood rushes I use regularly as most others are rather dull plants, but useful in dry shady situations. Its narrow leaves are covered in short silvery hairs that make it appear silvery in shade and its flowers, albeit off-white, are effective and last for a very long time in spring. Luzula nivea makes an attractive ground cover at the front of a border, be this in shade or sun.

Pairing Luzula nivea with Persicaria bistorta was a lucky accident many years ago that continues to please. The fluffy white flowers of one offsetting the candle-shaped flowers of the other.

This corner of the garden has been unchanged and stable for may years. The Tulipa sprengeri bulbs sit deep underground and have little problem pushing through any neighbouring foliage from their companions. This wild species is famed for being the very last tulip to flower — end of May and sometimes early June.

Thermopsis villosa (Syn. T. caroliniana) resembles the summer flowering lupins, but it is earlier. It is often reported to be an agressive spreader, but in my clay soil this has never been the case. It spreads gently through the border, popping up here and there randomly. Seeding no doubt has contributed to its spread, but I have never needed to remove any. Perhaps if you were to look for a problem it would be that the leafy stems hang around in the border all summer and can appear untidy if growing near to the front. 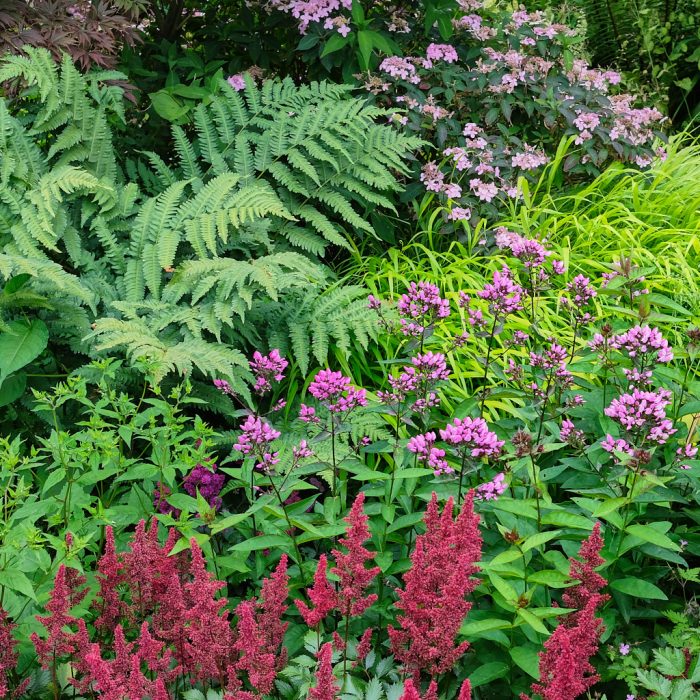 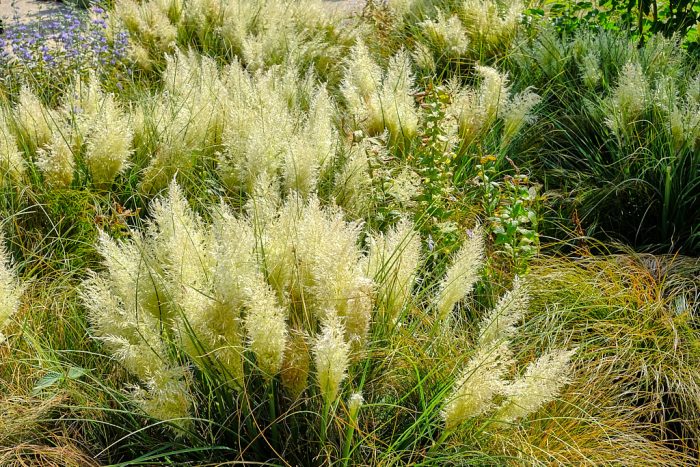