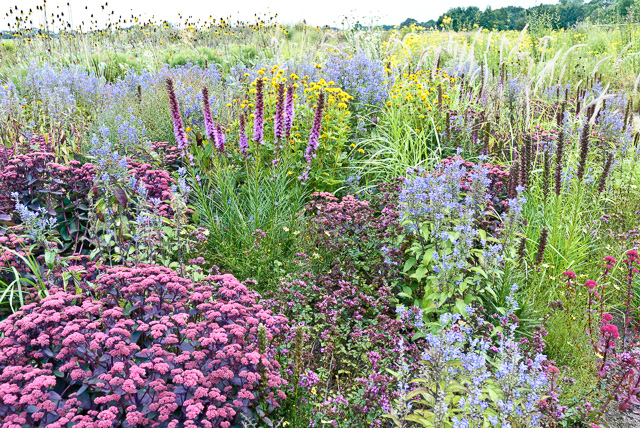 For a garden to be more than just a comfortable place to sit in to drink a cup of coffee there needs to be some sort of idea underpinning its design. Ideas together with constraints guide the design process and can lead to outdoor spaces that have focus, draw attention to something or evoke an emotional reaction through associations.

Design ideas need not be complex although gardens expressing thoughts on philosophy, scientific principles and religion are all valid possibilities. Sometimes just the need to provide a setting for a treasured pot or sculpture will be enough, or perhaps the need to draw attention to a distant view.

Colours, textures, patterns, smells are all powerful stimuli that trigger associations and can create a sense of place and a mood when incorporated into a design.

Mind gardens will be an occasional series of posts that will try and show how perennial meadow planting schemes can be used in a range of different designs for small to medium sized gardens. The simple garden plans will show how different garden features, including mixed perennial border plantings, can be arranged in order to express a given design idea.

In each case the emphasis will be upon the different perennial plants needed to create the various planting schemes in the gardens.. The actual arrangement of borders, paths, patios together with the siting of trees and shrubs are flexible and would be different for any given real situation, but it is the principals of how best to use perennials in such designs that I aim to cover here.

A Setting For A Large Ceramic Vessel

The placement of art objects such as sculptures and large pots in garden landscapes needs careful consideration. Scale is a crucial factor not only of the piece itself, but also of the planting surrounding it. Once, I commissioned a large pot for which I asked the potter to give it extra height in order that it could easily stand out within a planting scheme and not be engulfed by it.

My pot will be the focus of this garden design; a rectangular space some 30 meters by 20m, typical of many domestic gardens throughout Europe.. The pot is just over waist heigh and the planting surrounding it should hover around half this. For this important feature I have a simple perennial meadow in mind – Scheme One, in which ornamental grasses dominate; the pot will sit in a wide sweep of these grasses and draw all the attention. 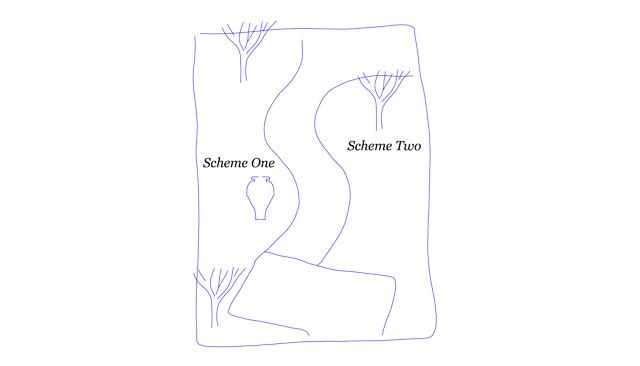 Across a path, on the other side of the garden, I have designed a long and deep flower border. I could just repeat the same grass-based scheme here for a controlled minimalist look, but instead I envisage a low-growing, colourful flower border that will offer more interest over a longer season to the garden owners – Scheme Two. Note: These are often the sort of choices to consider when designing for either a public as opposed to a private garden setting.

This plan can be drawn equally well with either straight edged borders or curved and that should be dictated by the setting and your own personal preference. The key design point here is that the large pot stands prominently forward in the border on the left with the grass meadow flowing away behind it into the far reaches of the garden.

In late summer when the tussled mounds of Sporobolus grass send up their fine, airy flower spikes the contrast with the hard ceramic vessel will be magical. The small, low-growing geranium will fill in the scheme at ground level and the Stachys sends up neat purple, sausage shaped flowerheads that age to dark brown and will punctuate the scheme long into the winter. Gaura is a short-lived perennial that flowers abundantly all summer. It will fill in this scheme in the early years and may self seed. Such a complementary plant is useful here as the Sporobolus grasses are particularly slow to establish and fill out.

The blue/grey foliage of the Schizachyrium grasses and the late summer flowering Scutellaria will combine with the purple flower spikes of Salvia nemorosa in early summer which later in the season will stand out as brown seedheads against the rounded mounds of colourful Sedums.

A few extra plants of Stipa orientale here will throw up silvery flower spikes throughout the summer to mimic the wispy, pale coloured flowers of the Gaura on the other side of the garden. Additionally, the Geranium ‘Dilys’ and the Sedum ‘Red Cauli’ introduce additional linking elements between these two schemes.

These schemes relate closely with similar schemes detailed in my  Perennial Meadows eBooks, in particular the titles Open and Prairie. There you will find more detail about the plants used with images whilst also learning how they relate to the other plants being used in those schemes to create viable plant communities. 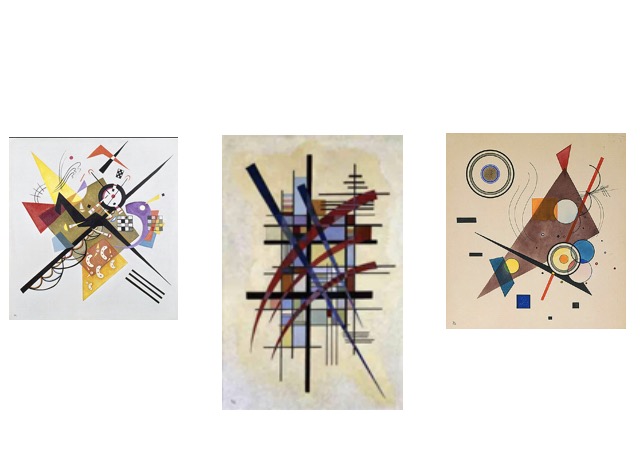 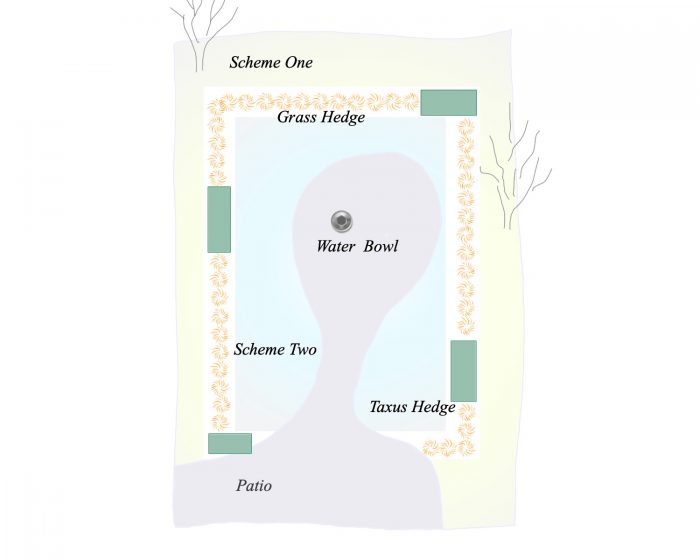