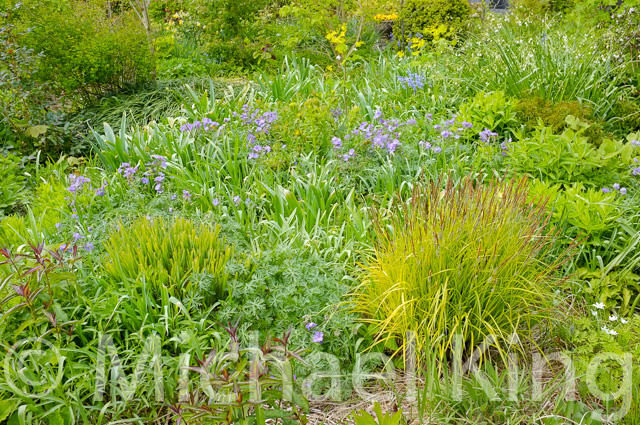 I have just discovered that it was back in 2012 when I last wrote about Geranium tuberosum. Inspired by what I have just seem in the garden, my plan was to write something similar now, but having reread my earlier effort, I have decided to save time and repost it below.

You may ask, “why all the fuss about a low-growing ephemeral perennial that only flowers for about three weeks and then shrivels up and disappears until the following year”? Well the point is that it flowers now, earlier than the others and before doing so has furnished the ground with a soft green blanket of foliage for many weeks. Geranium tuberosum is a good example of the plants I add to my planting schemes to bring interest at those times of the year when the leading theme plants are not at their flowering peaks; this is mainly in spring, early summer and/or autumn. 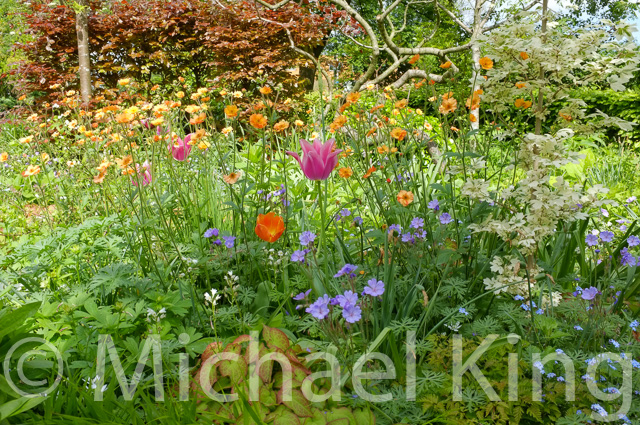 This week the little geranium is popping up everywhere amongst mounds of fast growing perennials filling the borders with the colour blue. Yes, I could have forget-me-nots, bluebells or brunner, which I do in other placed, but they all come with drawbacks; this geranium simply vanishes when its job has been done, leaving the area free for other plants to take over the space. 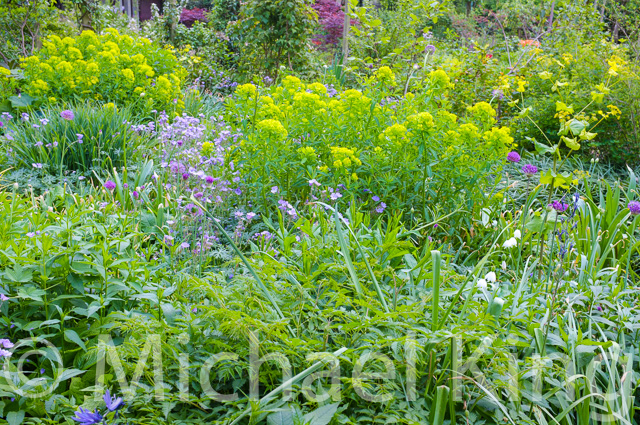 For those who missed it the first time here is the original post. And maybe some of the other plants that appear in the Top Perennials section of the web site will be of interest to you as well. 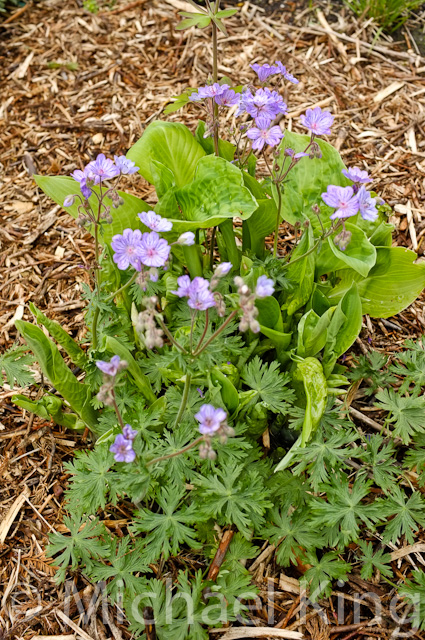 Over time we all develop a list of plants that we know we can rely upon and which will grow well in various situations. Some designers end up using the same plants in every garden and proudly call them their signature plants!

The characteristics often stated for a top perennial are not the only ones to consider as it should be their usefullnes within a total design that counts. Top perennials are said to be those that look “good” before they come into flower, flower over a long season and then remain looking good when going to seed or even when dead. It is these features that characterise the plants I like to call theme plants.

Hopefully anyone following this blog for a while will have worked their way through the Meadows 101 section and know that theme plants alone cannot make a successful perennial planting scheme; we need complementaries to extend the scheme’s season of interest and to break up the monotony that can too easily develop in repetitive mixed perennial meadow schemes.

Geranium tuberosun does not qualify as a top perennial when considered using the standard criteria. It is low-growing and the flowering season is short; three weeks tops. And when Geranium tuberosum finishes flowering it dies back to remain dormant for the rest of the year. However, it is one of my top perennials as it flowers at just the right moment in my flower borders.

The foliage of this humble perennial appears early in spring and can make an effective setting for spring bulbs if present in sufficient numbers. But what matters for me is that just as the last of the tulips fade and the early euphorbias come into flower, its lavender blue flowers pop up randomly in between its neighbours. In what I call the patio border this coincides with the flowering of Thermopsis, another valuable complementary plant that resembles a delicate lemon yellow lupin. The geranium’s flowers contrast with the yellows surrounding it and it is a perfect match for the cascade of Wisteria ‘Caroline’ hanging overhead.

If Geranium tuberosum flowered in summer it would not be worth bothering with, but for late spring it is definitely one of my top perennials – and, yes, I would probably go on to call it one of my signature plants.

If you found this interesting, you might also appreciate what I wrote about so-called ephemeral perennials here. 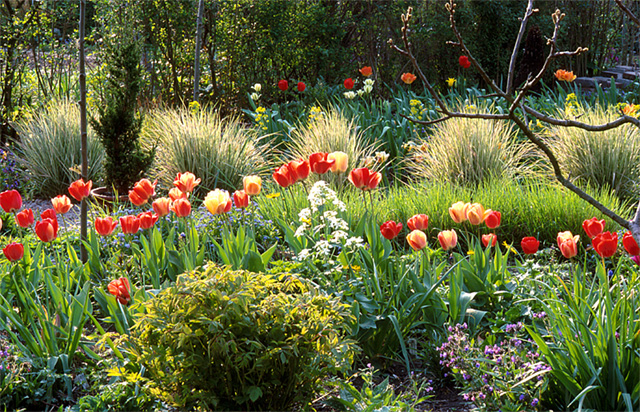 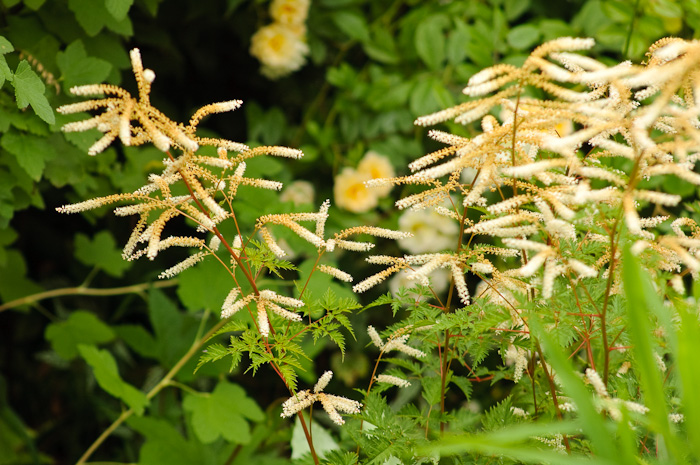