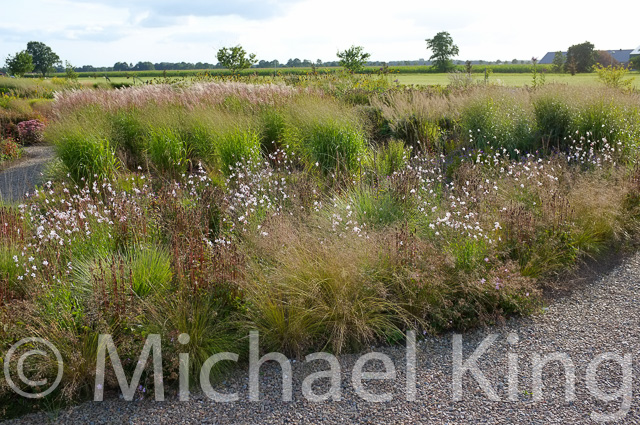 Six years ago I planted eleven demonstration borders at Lianne’s Siergrassen; a nursery specialised in ornamental grasses, in the north of the Netherlands. I returned this month after a three year gap to see how they were faring and came away satisfied and also informed from what I had seen.

Lianne Pot is the perfect client who has maintained the borders well and only made minor changes to the various schemes over the six years. Perennial meadow schemes are developed as simplified plant communities in the hope that they will develop as a whole and evolve over time. Looking at the schemes together we could see how a few plants had die out over the years and others arrived spontaneously from nearby plantings. Lianne has managed these changes sensitively, but only in a couple of borders felt the need to introduce or replace individual plants within the mix.

The first of my borders you encounter when entering the extensive “Prairie Garden” designed by Lianne Pot is the lowest growing of all and could easily function as part of the design in a small domestic garden; it has an area of 35 square meters.

Theme plants form the backbone of all my perennial meadow schemes and in this case included:-

Complementary plants are introduced into these schemes in small numbers to bring variety and extend the scheme’s season of interest. In this case a few specimens of the grass Festuca mairei and in places along the edges of the border Sedum ‘Red Cauli’ were used, together with drifts of spring flowering bulbs which feature throughout the entire “Prairie Garden”. 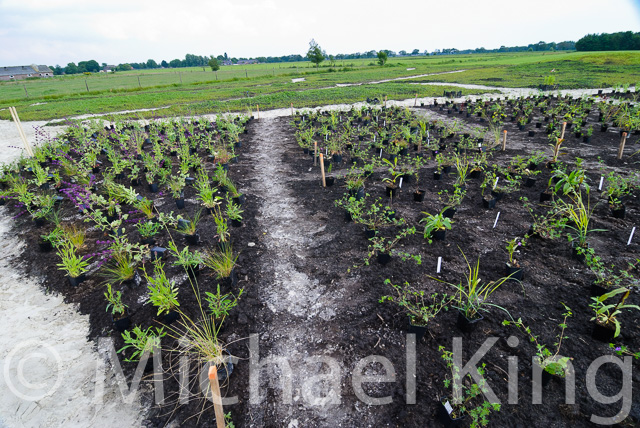 Here is the border, the crescent on the left, being planted in June 2009.

And just three months later it was awash with the flower colours of Gaura and blue Salvias, but the grasses were hardly to be seen. 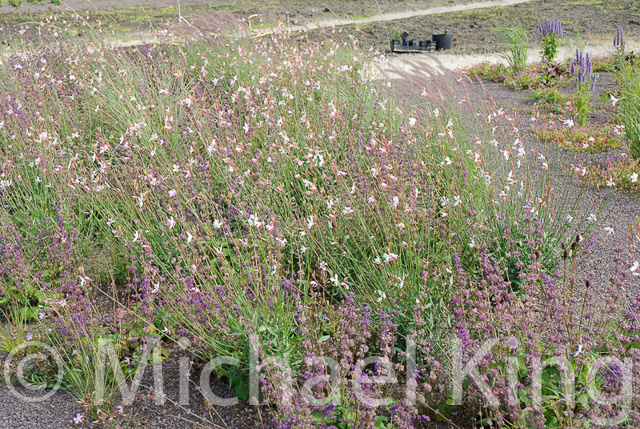 Festuca mairei grows quickly to make bold rounded mounds, but the other ornamental grass, Sporobolus heterolepis, is painfully slow to establish, and as you can see in the pictures took more than three years before it became fully effective in this scheme. The Gaura linheimeri was used in this scheme in the knowledge that it would probably die out within three years, but in that time compensate for the slow establishment time of the grasses. Surprisingly after 6 years a few plants are still alive and make a valuable contribution to the mature scheme – should these die out in a very harsh winter we would probably replace them as their long flowering season and airy habit contributes a great deal. 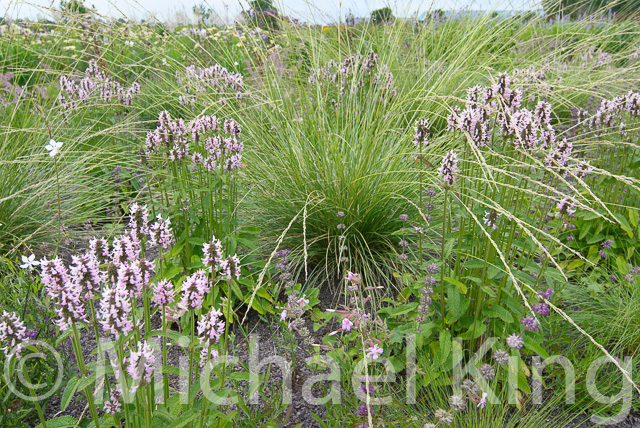 One year old and the Festuca grasses were dominant, but the sporobolus was only noticeable when in flower later in the summer. 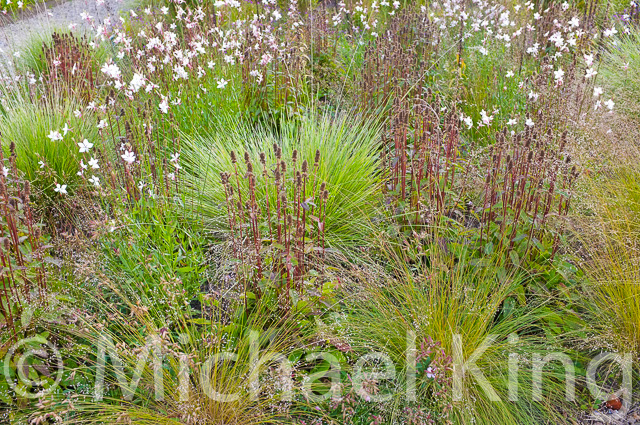 Three years on (below) the smaller and larger growing grasses had knitted together to form a pleasingly undulating matrix and the setting for the Stachys both in flower and later with its distinctive seed heads. 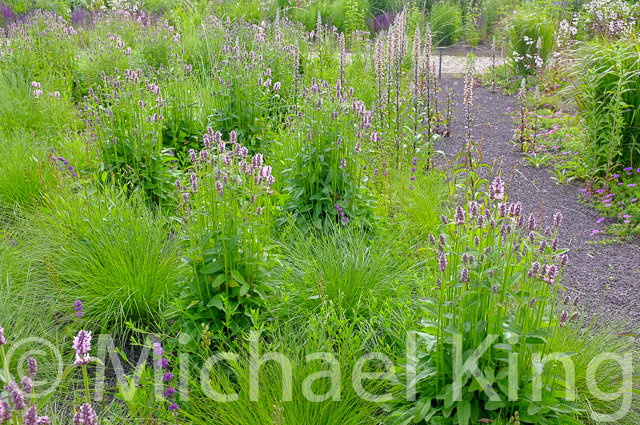 This border today has matured and the one plant lost from the initial planting is the Salvia verticillata ‘Purple Rain’. Perhaps we could introduce a few Salvia verticillata ‘Hannay’s Blue’ as a more robust replacement, but in principle the scheme hardly needs them now. 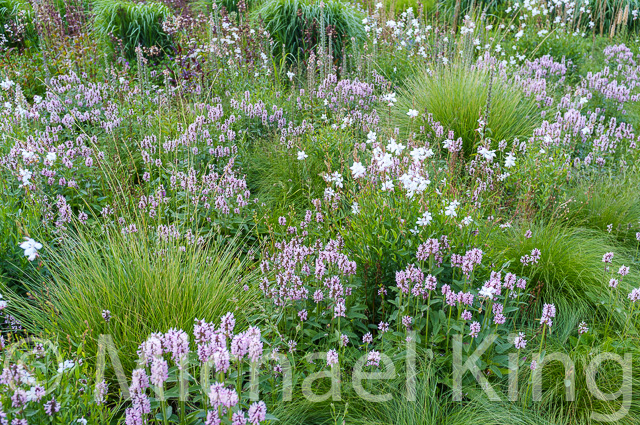 If you get the chance to visit Lianne’s Siergrassen in the north of the Netherlands another ten of my borders are there to study along with the rest of the “Prairie Garden” designed by Lianne Pot and other selected planting designers. And if that is not possible, this scheme, together with many others, is described in detail in my series of eBooks on Perennial Meadow gardening. 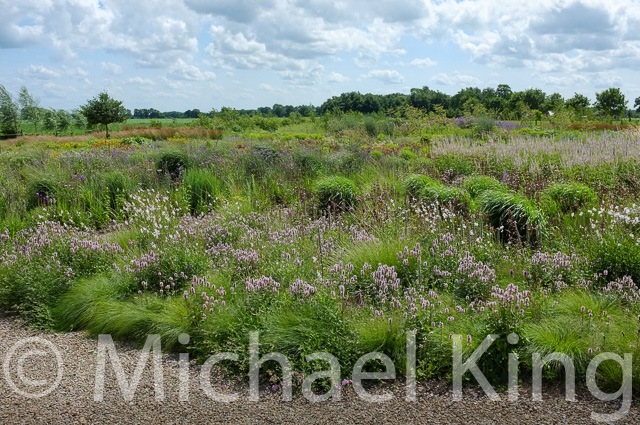