The woodland tulip is the common name of one of the most widely distributed wild species, however, its true origins are far from clear and in the form we know it today, it is associated with human cultivation. It is commonly found in Western Europe in orchards and vineyards where it thrives on the disturbances to the soil which it encounters. 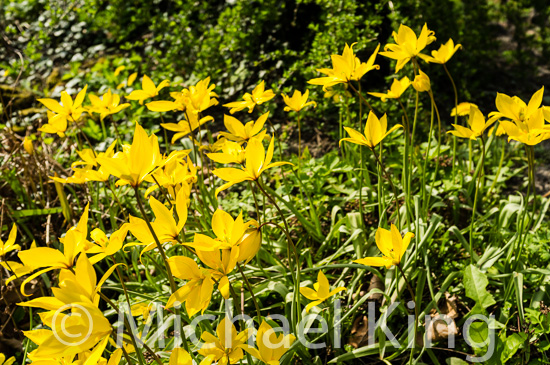 Tulipa sylvestris is often found growing in woodland, but although it thrives, spreading rapidly by underground stolons, it rarely flowers well in such situations. I have heard stories of it being found growing in old, overgrown churchyards, but never flowering. When these grounds were cleared and dug over, the disturbance would stimulate the tulips to flower the following year creating wide drifts of gleaming yellow to everybody’s surprise; a reward for all the effort.

It grows some 15 inches tall with bold, clear yellow flowers. Its vigour no doubt coming from the fact that it is a tetraploid species. With double the normal number of chromosomes it is clearly a natural hybrid of some sort and botanists can trace its lineage back across Europe and Norther Africa to the centre of tulip origins in Asia via various other similar species.

As a garden plant, Tulipa sylvestris is best grown in full sun and will clearly not mind if the ground is occasionally disturbed through digging. I recently photographed a fine display in a woodland setting, but suspect that the plants had only recently been planted there, as over time their flowering in such settings declines rapidly.

I was so impressed with what I saw last week that I have decided to start adding it to some of my trial perennial meadows to assess its long term performance. The principle of the perennial meadow is that once planted, it should not need regular disturbance, but on the other hand I will be planting in open sunny situations which hopefully will keep this dainty tulip happy. If not, I will have to do a bit a digging from time to time. 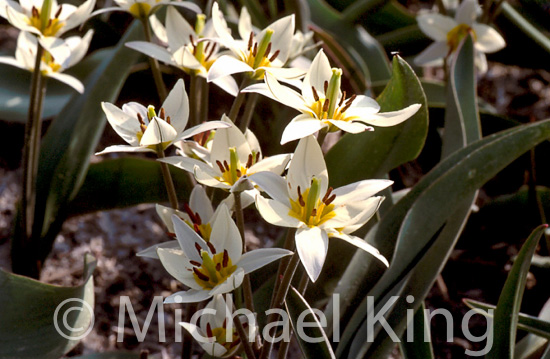 Species tulips make fine additions to perennial meadows as they are tough and do not die out in the way that is typical of many of the popular hybrid cultivars. I regularly use Tulipa turkistanica which is especially early flowering. It, like T. sylvestris, is quick to spread by both seed and stolons and no doubt the two together would create a long sequence of flower – creamy white and then clear yellow.  Yes, its time to start planning this autumn’s bulb order.