I am not the only one to be complaining about the late start to the gardening spring in Western Europe this year. Our winter was very long and cold and the garden has seemed to be stuck, awaiting a cue to begin its thing. 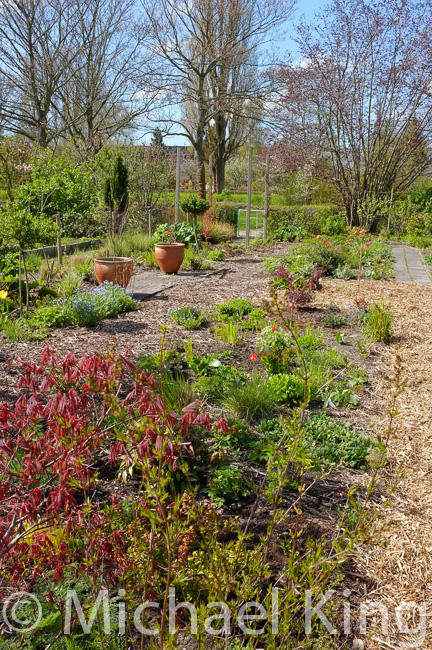 Well, finally, this week it happened, my garden leaped forward. Perennials are jumping out of the ground, bulbs bursting into flower and I have managed to get the last of my new collection of shrubs into the ground. Red foliage is something I am currently interested in as can be seen here with one of the new Acer palmatum cultivars I have planted. 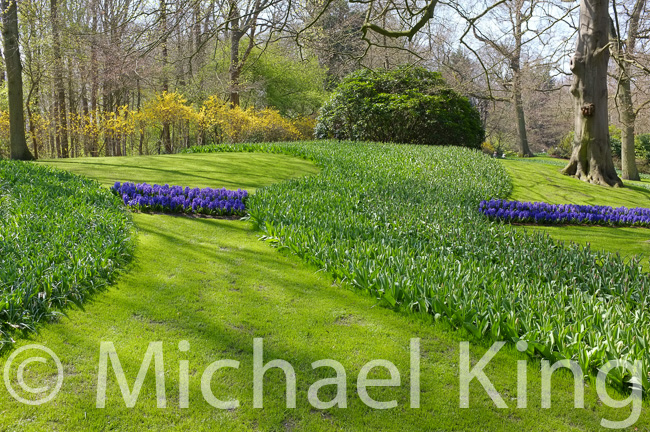 It was only a week ago that I could not wait any longer and made a visit to Holland’s bulb flower show at the Keukenhof near Amsterdam. I was too early. The crocus had finished and been removed, only hyacinths and daffodils were in flower – and these were surrounded by wide drifts of green tulip foliage with hardly a flower to be seen. 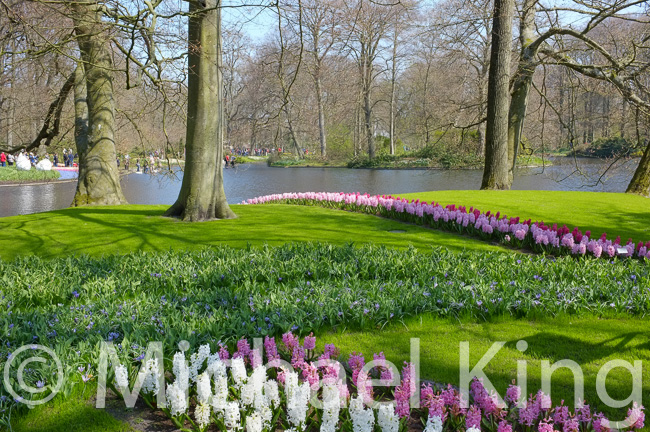 I will be returning next week when I know that everything will be in flower at once. In my book on tulips I took a great deal of trouble to organise the different cultivars and species into early, mid-season and late flowerers – nature has made a mockery of this this time around. 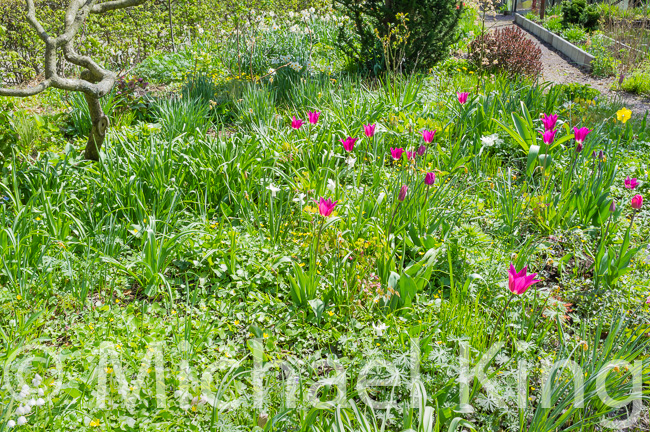 I have been carrying out an experiment for two years in my two trial gardens here in Amsterdam to see how many tulips return reliably. There have been no real surprises; the species or varieties close to their wild origins come back reliably for some years. All decline in my garden as I surround them with tall growing perennials that often rob them of the sunshine they need to feed their new bulbs for the following year. But the one group that one never expects to return reliably, but which does, is the Lily-flowered cultivars. Their character is so refined that one expects them to fade away quickly, but many return here year after year. 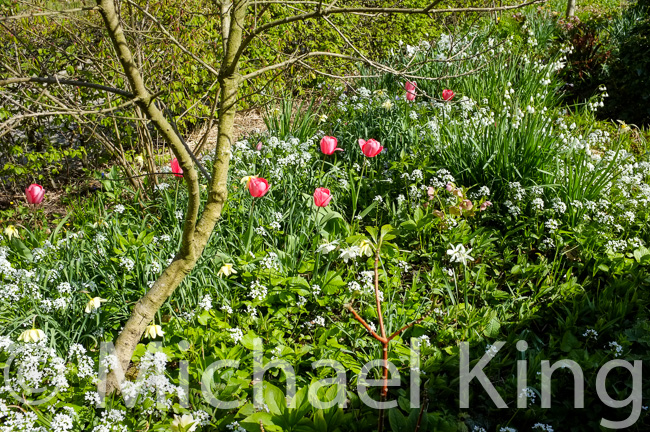 One perennial plant to remind you about again is white flowered Pachyphragma. Here it is providing the setting for a few ‘Pink Impression’ tulips. This useful ground covering plant has spread itself by seeding in this corner of my garden over some eight years from the original plant I was given. Read more about it here in an earlier post from my Top Perennials section. 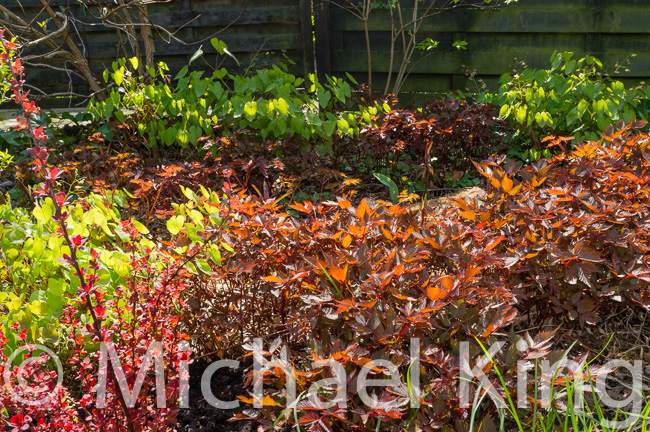 This is a corner planted with a mixed perennial scheme using epimediums, astilbe and euphorbia which all offer exciting spring foliage. I have just added a plant of Berberis thunbergii ‘Orange Rocket’ on the corner to increase the drama. Even without any spring bulbs this is an interesting scheme that has a very long season of interest and as such is an example of the mixing system I am currently using in my perennial meadow schemes. If you would like to engage with me and develop such schemes for yourself then my eBooks or better still my online lecture course at MyGardenSchool is perhaps where you could begin.

No doubt I will be able to post some pictures of the firework-like display at the Keukenhof following my return visit next week. Regrettably, they will be mostly schemes of massed bulbs but excluding perennials, which is a real pity and such a missed opportunity in my opinion.