Four years ago I created a series of demonstration borders for Lianne’s Siergrassen; a specialised ornamental grass nursery in the north of the Netherlands. This was one of the “Perennial Meadow” schemes two week ago (mid-July 2012). 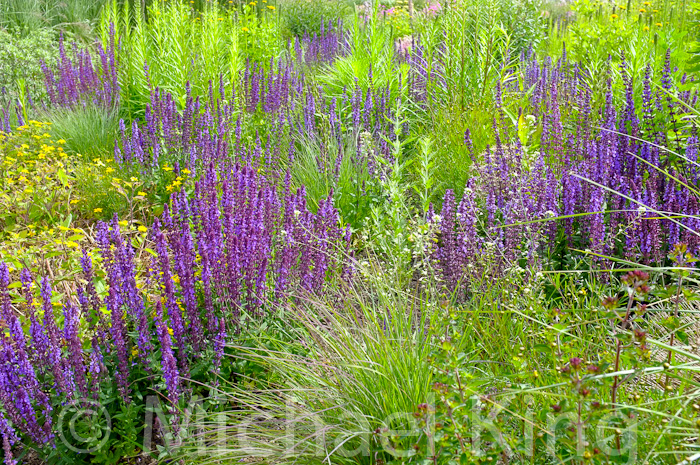 Four summers on, and the scheme has evolved and developed, in some ways how I had planned and in others, differently. I initially included a lot of Coreopsis ‘Moonbeam’ having ensured that the planting area was well drained and arranging for it to be mounded higher than the surrounding ground level. This is a short lived perennial, but dramatically effective in its first season, as indeed was the case. Surprisingly, it performed equally well the second summer and even the third, but this last “difficult” Dutch winter took its toll. Even so, still some 20 % of the plants remain. The reason I used this plant was to allow time for the rest of the scheme to develop, in particular the grass, Schizachyrium scoparium (Little Bluestem) which I know takes up to three years to become fully effective. 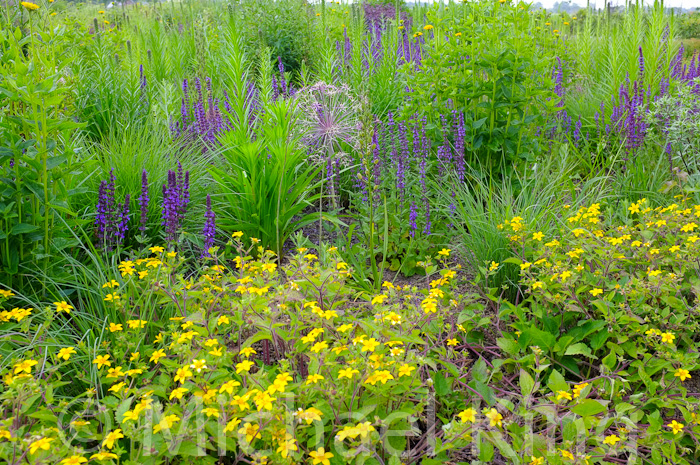 In the foreground of the scheme you can see another yellow flowered, low-growing perennial, Chrysogonum virginianum which I included in a few places along the edges of the meadow as a complementary plant. This unassuming perennial is tough and flowers continuously from early summer till autumn, but it is a pity that its flowers are not the paler yellow of Coreopsis ‘Moonbeam’, if they were, it would be much more popular. That said, if I were to plant this scheme again I would probably swap their roles and make the Chrysogonum one of the theme plants – it deserves it.

The Perovskia bushes also used in the scheme and treated as perennials during the annual maintenance regieme dominated the scheme in its first two seasons, but were hit hard during our last winter. Those that remain will no doubt make a come back, but if we felt their loss was detrimental to the scheme we could always replace some. Personally, I don’t think it matters and I am more than happy with the way the scheme is evolving.

To give you an idea how the scheme has changed since planting here are some images from each of the first three years. 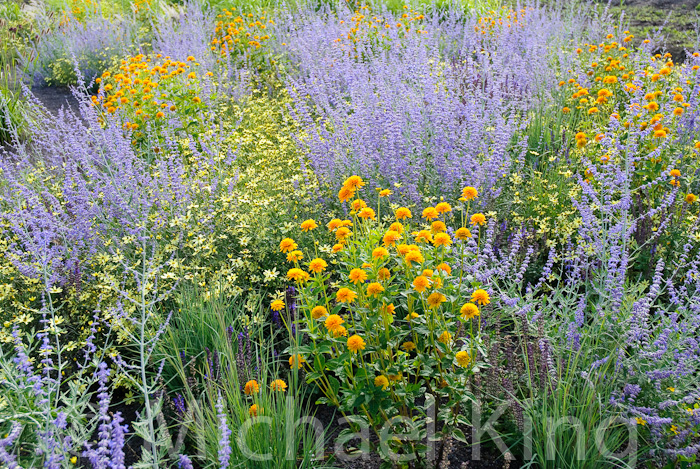 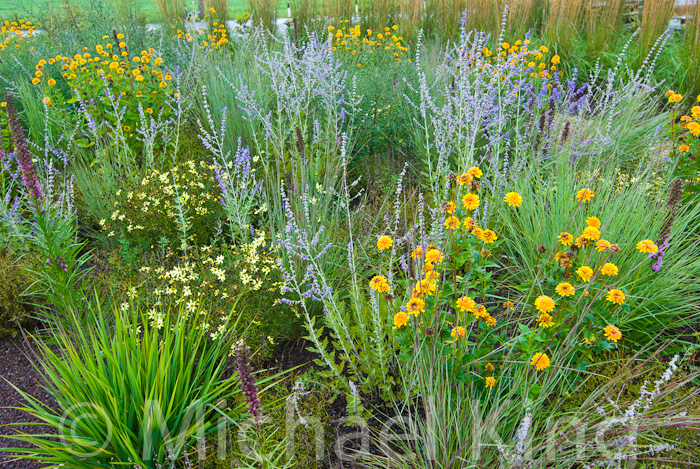 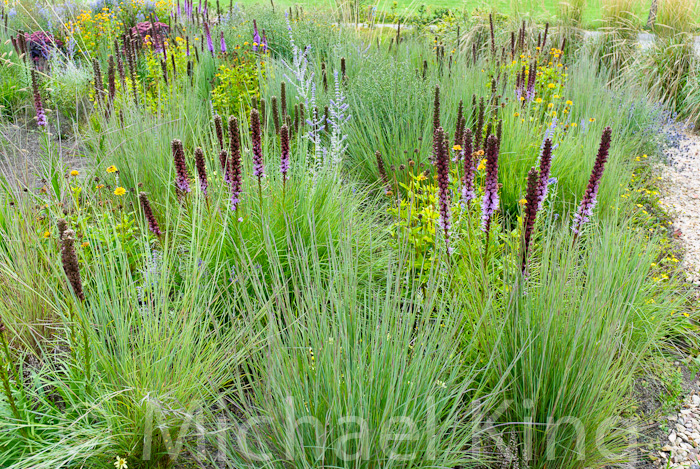 The scheme will continue to evolve due to the influences of the different weather that it experiences and also how the various plants in the meadow grow and interact with one another. As designers we can make plans, but the final result is ever changing. We must constantly monitor progress and decide when and if intervention is needed. For now this scheme ticks many of the boxes I set for it. 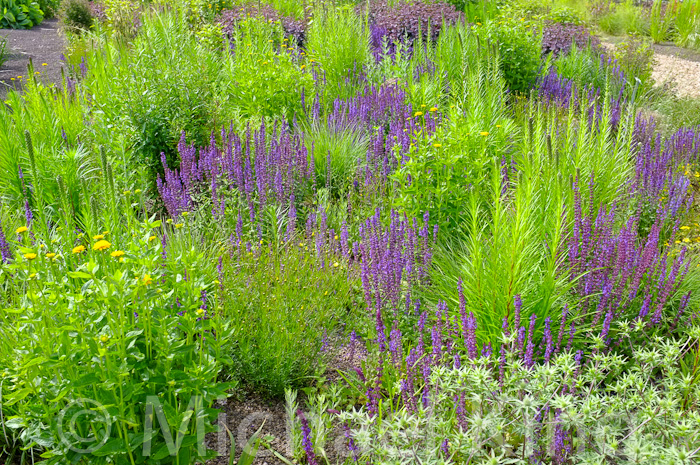 A detailed description of a scheme very similar to this one is to be found in book two of my eBook series entitled Prairie Perennial Meadows.